Prof. Isidoro Hodara, an internationally-recognized figure in trade among nations, will visit ISU Feb. 14–15 to address students in finance and economics classes. He will also speak at the Pocatello Rotary Club luncheon on Feb. 14. 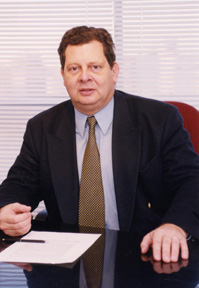 On Feb.15 Prof. Hodara will hold a public presentation on contemporary issues in foreign trade, including trade agreements, free trade areas, common markets, economic and monetary unions and the integration of regional trade agreements with the World Trade Organization (WTO). The 90-minute session begins at 1:30 p.m. in room 403 of the College of Business building. Reservations may be made at (208) 282-3585 or by an e-mail to morrkarm@isu.edu.

Hodara has been active in foreign trade since 1972. From 1976 to 1982 he was head of the Uruguayan Economic and Commercial Office in Geneva. From 1985 to 1990 he served as Director General for Foreign Trade with vice ministerial rank.

Since 1990 Hodara has acted as a senior consultant to local and international firms and institutions and since 1995 he has been associated with the Mercosur and foreign trade unit at Price Waterhouse Uruguay. Mercosur is South America's leading trading bloc. Known as the Common Market of the South, it aims to bring about the free movement of goods, capital, services and people among its member states. It was created in 1992 by Argentina, Brazil, Paraguay and Uruguay under the Treaty of Asuncion.

Also since 1990, Hodara has held the chair on foreign trade at the School of Management and Social Services of Montevideo’s Universidad ORT, the largest private university in Uruguay, with more than 8,000 students in five departments and institutes. He has lectured on foreign trade and international business at several universities, business associations and similar institutions throughout the world.

Prof. Hodara’s visit to ISU is sponsored by the ISU College of Business, a U.S. BIE grant and The ISU Cultural Affairs Council.