The Inaugural Gala Performance will be in the 1,200-seat Joseph C. and Cheryl H. Jensen Grand Concert Hall in the L.E. and Thelma E. Stephens Performing Arts Center. 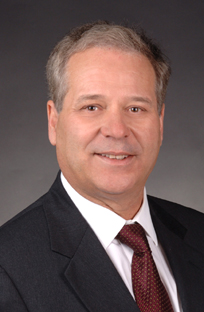 The Gala Performance is open to everyone, but seating is limited. Tickets are free and can be obtained on a first-come, first-served basis at the Stephens Center Box Office. For ticket information, call (208) 282-3595.

The formal Investiture Ceremony for Vailas will be held at 10 a.m. Friday, Sept. 14, in Holt Arena and is open to all. An all-community barbecue featuring entertainment, academic information and various demonstrations by ISU departments and student groups will be held on the ISU Hutchinson Quadrangle immediately following the Investiture Ceremony.

This will be followed by an introduction by Scott Anderson, ISU director of choral activities, who is the event’s master of ceremonies.

Next, will be a performance by Trio Lyrique, comprised of ISU music faculty Kori Bond, piano; Livingston-Friedley, soprano; and John Masserini, clarinet. They will perform “Zwiegesang,” “Das heimlische Lied” and “Wach auf” by Ludwig Spohr.

“The whole music department is embracing this as an opportunity of celebration for President Vailas,” said Kathleen Lane, professor of voice and one of the Gala Performance organizers. “We’re thrilled to be participating.”

“We’re very grateful for the support we’ve received from these major sponsors,” said Kent Tingey, D.A., ISU vice president for advancement. “And we would like to thank all of the university departments, community groups and businesses that have worked so hard and contributed to this event honoring President Vailas.”