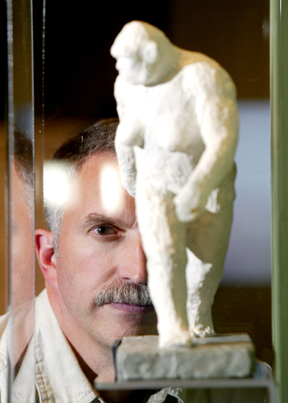 The book, available since Sept. 19, is an expanded companion volume to the Discovery Channel documentary by the same name.

“The book presents the findings of a number of respected scientists who objectively engaged the varied evidences for the possible existence of a relict ape,” Meldrum says, “and it further incorporates new perspectives and developments in my own 10-year investigation of this most intriguing natural-history question.”

In his forward, renowned naturalist George Schaller wrote in part, “Jeff Meldrum is a scientist, an expert in human locomotor adaptations. In ‘Sasquatch: Legend Meets Science,’ he examines all evidence critically, not to force a conclusion, but to establish a baseline of facts upon which further research can depend. His science is not submerged by opinion and dogmatic assumption. With objectivity and insight he analyzes evidence from tracks, skin ridges on the soles of feet, film footage, and DNA, and he compares it to that on primates and various other species.”

Schaller continued, “He disentangles fact from anecdote, supposition, and wishful thinking, and concludes that the search for yeti and sasquatch is a valid scientific endeavor. By offering a critical scrutiny, ‘Sasquatch’ does more for this field of investigation than all the past arguments and polemics of contesting experts.” 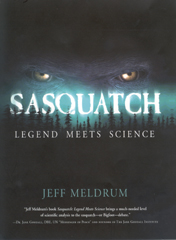 Meldrum has published widely on the paleontology and locomotor adaptions of primates. Most recently, his attention has returned to the emergence of modern human bipedalism. He co-edited and contributed to “From Biped to Strider: the Emergence of Modern Human Walking, Running, and Resource Transport” (Kluwer-Plenum, 2004). This past summer he traveled to China’s prestigous Peking University to collaborate on the study of the foot skeleton of a Middle Pleistocene fossil hominid.

His interests in bipedalism encompass the evaluation of hominid footprints, including those attributed to sasquatch, both in the lab and in the field. Meldrum has assembled and examined hundreds of casts and photos of footprints ascribed to sasquatch. His findings in this regard constitute a significant chapter of his book.

Meldrum has made numerous featured expert appearances on television and radio, including the Discovery Channel, the History Channel, the National Geographic Channel, the Today Show, and National Public Radio. His numerous public and professional presentations on this topic include those made to the American Association of Physical Anthropologists, American Association for the Advancement of Science, Northwest Anthropological Association, Idaho Academy of Sciences, Carnegie Museum, Idaho Museum of Natural History and Society for Scientific Exploration.