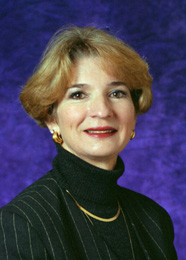 Her service in that capacity became effective in October. After one year as president-elect, she wills serve two years as president and one more year on the board as immediate past president.

Hatzenbuehler has been dean of the ISU Kasiska College of Health Professions since 1986 and a professor of psychology at ISU since 1976. She has an independent private practice of psychology, specializing in forensic psychology. She is also a consultant to the Pocatello Women’s Correctional Center. She earned her Bachelor of Arts degree in psychology from John Carrol University, Cleveland, Ohio, and her Master of Arts and doctoral degrees in psychology from Kent State University, Kent, Ohio.

She recently completed a two-year term as ASAHP treasurer. During the 20 years that she has been a member of the association, her service has included being chairperson of the Education Committee and Coordinator of ASAHP’s entries in the competition for the HHS Secretary’s Award for Innovations in Health Promotion and Disease Prevention. She also has been a member of several planning committees for ASAHP annual conferences and spring meetings that have been held in the Western United States.

Her objectives as a board member include passage of an Allied Health Reinvestment Act by Congress as a means of addressing allied health workforce problems such as faculty shortages. She also wants ASAHP to take a leadership role in developing policy statements on issues affecting the membership such as criminal background checks and the ongoing development of advanced graduate education within the allied health professions.

ASAHP is a 501(c) (3) not-for-profit organization with headquarters in Washington, D.C. Founded in 1967, the association’s membership includes 108 academic institutions and hundreds of individual members.