From Serial Murder to Mass Murder, ISU Sociology Professor Studies the Why and How Behind Multiple Homicide

When a mass murder happens, everyone speculates what made a person switch and become violent. Was it family issues? A job loss? Mental health issues? Revenge? Idaho State University sociology professor DJ Williams decided to look at mass murder through a new theoretical lens: leisure.

According to leisure theory, diverse enjoyable activities are structured according to a continuous scale ranging from casual to serious. Casual leisure is spontaneous, often playful, and requires little to no skill. Serious leisure takes planning, effort, perseverance, skill acquisition and determination. Williams said there is also a third type: project-based leisure, an infrequent project where details are carefully planned out over months or even years of time.

Many mass and serial murders can be classified as specific forms of deviant leisure, according to new research by Williams. Unlike serial murder, which is often but not always a form of serious leisure, he suggested that many mass murderers structure their killings as unique leisure projects. They enjoy planning the minute details that will take place on the day of their attack.

Williams and colleague Michael Arntfield, from Western University in Canada, recently published an article on the October Route 91 shooting in Las Vegas in the journal “Homicide Studies.” They studied news reports, hotel videotape and shooter Stephen Paddock’s family background. They also looked at relevant literature on the different types of massacres and underlying themes for each type. Through their research, they were able to suggest that this was a leisure retirement project of sorts, with similar personal benefits often found in legitimate leisure projects.

“Paddock planned this for years,” Williams said. “He traveled to Boston and Chicago to study similar concert events and research crowd behavior. He accumulated weapons and planned every detail of what he wanted to happen on this particular day. He enjoyed the extensive planning and skill development necessary to carry out this ultimate project.” 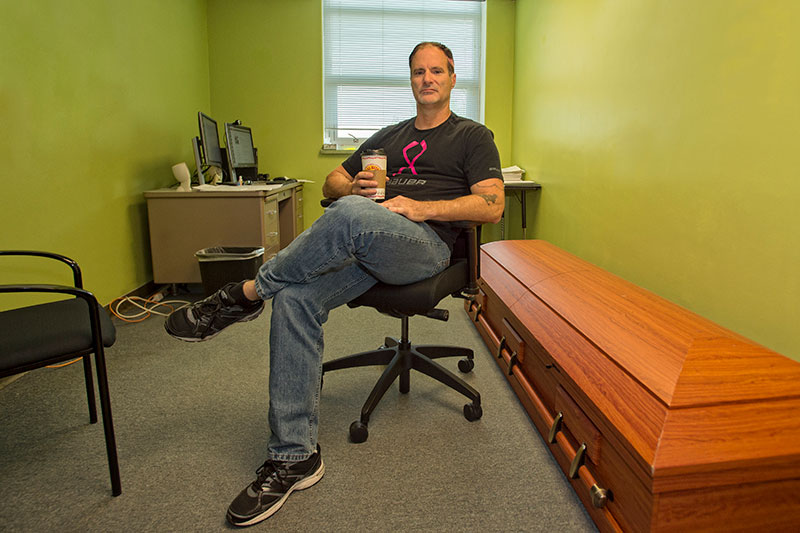 Their research also showed that Paddock liked to gamble, but his habit wasn’t sustainable. He gambled large amounts of money, which yields a high rate of suicide and depression in problem gamblers. Williams said Paddock chose to target Las Vegas because he likely wanted to hurt the city of Las Vegas and the state of Nevada as much as he possibly could.

“A lot of mass murderers want to get power or revenge on a particular group of people, or sometimes society generally—they are ‘collectors of injustices,’” Williams said. “Their perceptions of somehow being treated unfairly build up over time, they fantasize about a potential crime of retribution, and the fantasy eventually is operationalized and becomes their actual leisure project. Planning and executing revenge and gaining power is fun for them, and that is when it becomes a leisure pursuit.”

One of the main points about mass shootings that Williams stresses is that most times, there are no obvious markers or signs to figure out what is happening ahead of time, which makes it hard for anyone to recognize and prevent.

“Often times the public thinks that there is a big marker or some obvious warning sign to see this ahead of time, but most of the time any signs are very subtle, not obvious,” he said. “The public tends to latch on to a single cause on why a mass shooting happened, but we can’t find a particular cause. These offenders often are loners and blend into society well, and these traits along with several other factors seem to combine to lead them to commit such violent crimes.”

Williams said that although most people think mass shootings are occurring more frequently, in reality they are not.  Instead, he said there is far more media reporting, and thus the visibility of such crimes has significantly increased.

Although the driving factors behind mass shootings are hard to pinpoint, Williams has also explored potential solutions to keep these crimes from happening. James Alan Fox, Williams’ colleague from Northeastern University and a leading international expert on mass murder, said that in order to address effectively the nation’s problem with mass and school shootings, schools must look more like schools and the nation must foster a culture of inclusion.

“Schools need to have smaller class sizes, more counselors and have a culture of inclusion,” Williams said. “Having more guards, metal detectors or active shooter drills will impede learning because of increased fear that students have. Research shows that a majority of students are fearful that a shooting may happen in their school.”

Williams has published recent studies on serial homicide as leisure and presented multiple papers at the annual meeting of the Homicide Research Working Group. Williams is continuously studying new cases of expressive multiple homicide to further understand homicide and leisure.