March Through the Arch

Check back for more information

Each fall, new students pass through the Swanson Arch—the original entrance to ISU’s first building—to campus in a spirited ceremony.

In May and December, graduates look to the future by passing back through the arch away from campus.  This symbolizes entering campus as new students and exiting as Bengal alumni.

The Swanson Arch was part of the original Swanson Hall built in 1903. It was the entryway into the Academy of Idaho's first building. The building was named after Theodore Swanson who was a member of the original board of trustees. Swanson Hall was known as "Old Ad" because it served initially as the Administration Building and classrooms.

Swanson Hall, constructed of stone and brick with no structural steel and a lava rock foundation, was topped with a huge Gothic roof. It was condemned and razed in 1973. The entry arch was preserved as a monument. Thousands of students have passed through this arch, which preserves a major part of Idaho State University's history. 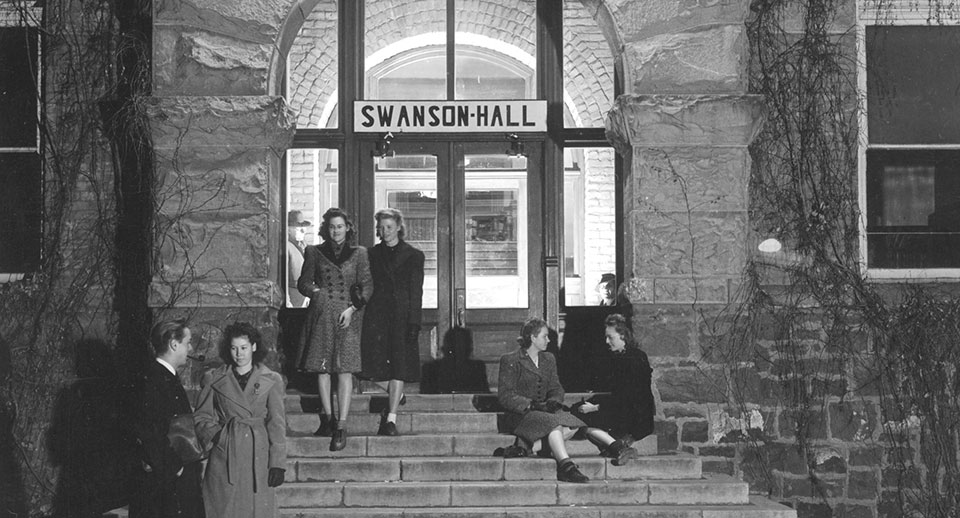