This summer there could be NASA space rovers working along side NASA astronauts and Idaho State University researchers who are teaming up on Earth at the Craters of the Moon National Monument in Idaho and at the east side of Hawaii’s Big Island to figure out how to better accomplish scientific research in space.

ISU geosciences researchers Shannon Kobs-Nawotniak and Scott Hughes have received a $400,000 NASA grant to study over the next four years how microbial, or minute life forms such as bacteria or viruses, evolve on lava flows in Idaho and Hawaii. The information they learn on earth could help scientists look for life or evidence of life on other planets such as Mars. 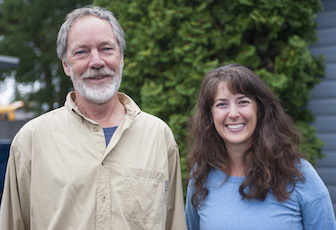 “You see that on the macro (larger) scale that lichen will grow on a particular side of rock, but not on the other,” Kobs-Nawotniak said. “This goes on at the microbial scale, too. A lot of the past life we might find on Mars might be in these microbial environments. What we want to understand is how the rock itself effects where the microbes live and their habitat.”

This scientific mission is only part of the overall NASA “Biologic Analog Science Associated with Lava Terrains” (BASALT) project, which also includes a larger exploratory mission. Besides the basic science research the ISU team will be completing, the ISU researchers will be working with an exploration team of engineers, technicians, astronauts and roboticists, who are funded separately. 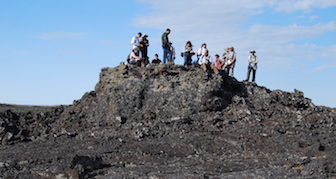 “Our major goals are that while we are doing good science, we are linking with the exploration team to specifically figure out how to do manned missions off earth,” Kobs-Nawotniak said.

She said NASA is devoted to completing studies like this on earth to aid in the efficiency and effectiveness of its space missions.

“This is an example of using Earth science, right here, as a means for both preparing ourselves for space exploration in the actual tasks of how we would do it, and completing the science of where we can specifically look for these types of life forms,” she added.

She said it takes relatively little cash on earth to complete a study like this compared to what it would cost do the same research in space.

“If you go to Mars you don’t want be up there on a fishing trip,” Kobs-Nawotniak said. “By understanding what we have here we will be much more targeted when we explore Mars or other systems.” 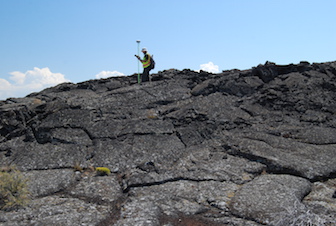 The ISU researchers could be working with space rovers and astronauts at the Craters of the Moon as soon as this August during a two-week period of field research in the north portion of the national monument.

“I’m sort of excited about having rovers carry heavy objects for me,” Kobs-Nawotniak joked.

The ISU researchers will be completing this study in the same area at the Craters of the Moon where that they’ve been completing research and activities under the $500,000 NASA FINESSE (Field Investigations to Enable Solar System Science and Exploration) mission project, that is using Craters of the Moon as an “analog” to study volcanic and impact processes on the Moon, Mars and, potentially, asteroids. That study received widespread media attention last year.

“One of our goals is to tie the two projects together well enough that we can maximize the work we do relative to the funding,” she added.

The ISU researchers said there are benefits of the grant beyond its scientific enterprise, including its economic impact.

“Most of that money from the grant is staying right here in Idaho, going towards student funding and student salaries and some summer funding for us,” Kobs-Nawotniak said. “Our other collaborators (on the BASALT and the FINESSE project) will also be coming to Idaho, staying in Pocatello and Arco during the field seasons for the next several years.”