When Idaho State University physics Professor Philip Cole was a 17-year-old high school exchange student in Germany he noticed a big, open table in the front of a traditional German restaurant.

He made mistake of sitting down at it.

“The owner told me to get up because it was a Stammtisch table,” Cole said. “’You have to be invited,’ he said.”

Fast forward about four decades later to last fall, and Cole was finally invited to a Stammtisch table in Germany while he was serving as a Fulbright Scholar at the University of Bonn. 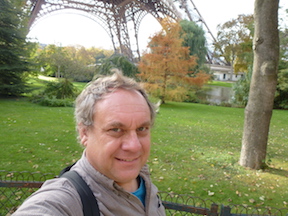 “A big part of the Fulbright is knowing the culture,” Cole said. “Having knowledge of the language and culture, including studying the literature, helped me to fit in quickly.”

Cole, who served his Fulbright from mid July 2014 to early January 2015, became a regular at a German restaurant named Gesindehaus near his apartment, eating one or two times a week, and it was there he was invited to Stammtisch.

“It is where the regulars meet once a week, drink beer and have conversation,” Cole said. “It is a special table in a traditional German restaurant, generally reserved for men 50 to 70 years old. It is something important in Germany.”

On March 14, Cole will return to his Stammtisch haunt and to the university where he served, proving that his background in physics and in the German culture were a perfect fit for his Fulbright appointment.

“I could communicate well with students,” Cole said. “Even though graduate-level courses are taught in English, everyone is more comfortable talking in their own language, so students appreciated I knew German.” 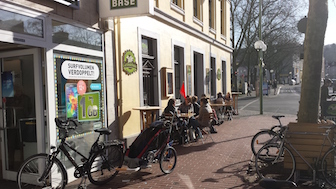 The fact that he is a native English speaker also helps German graduate students, who have to write and defend their theses because Cole can help them understand the nuances of English.

Cole is returning for a two-week trip to work with two graduate students he mentored, to further collaborate on some scientific projects and to deliver a plenary speech in his area of expertise, which is in linearly polarized photons and understanding what goes on inside of protons.

“They (in Germany) are doing very similar physics to what I do at the Jefferson Lab (in Virginia),” he said. “I am a principal investigator with three other co-PIs from here that are in the second year of a $900,000 grant from that lab, that I’ve been associated with since 1991. An experiment was taking place in Germany in my area of physics that I’ve done a lot of work in, so I could go there for a short period of time and move quickly. It was a perfect match for me”

Another sign of Cole’s Fulbright success was that he was asked by the German-American Fulbright commission to write a first-person account of his experiences in that commission’s quarterly publication, Funnel. That article, which came out in late February and is located online http://www.fulbright.de/funnel-online/issue-2015-01/our-fulbrighters/cole/, gives a detailed layman’s explanation of the type of research Cole does and his personal account of his Fulbright. During the 2014-15 academic year there were 13 professors and more than 120 students from the United States serving Fulbrights in Germany. Cole was the only one from this group asked to write for this edition of Funnel. This was probably in part because while he was serving his Fulbright he was also invited to deliver three talks in his research specialty area in the cities Giessen, Mainz and Juelich, Germany. 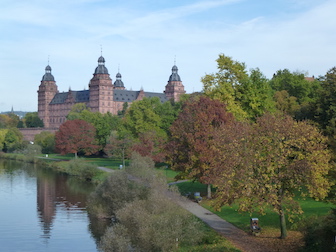 “I wanted to do something that would benefit my career and use the experience in a way to bridge between two different countries and coordinate work at ISU with universities in Germany and have future exchange programs and collaborations,” Cole said.

His bridging work has already begun, and he has acquired working knowledge of faculty and student exchanges programs offered in Germany that will eventually benefit others it ISU.

“Cultural exchange and establishing bridges between two cultures is exactly what Sen. Fulbright had in mind when the Fulbright program was envisioned,” Cole said.

He said he was especially grateful to ISU Spanish professor Sharon Sieber, who is the Fulbright advisor for ISU faculty and staff and who has also served as a Fulbright scholar.

Cole had delivered a talk at a conference in Spain last May and it was at that conference when colleagues suggested he try to work in Germany. Upon his return to the United States, Cole got the idea about applying for a Fulbright, but the application deadline was only about five weeks away.

“Without Dr. Sieber’s help I would not have gotten this Fulbright,” Cole said. “She really helped me with the application. Anyone who needs pointers on how and where to apply should contact Sharon. I really want to thank her.”