“The Moral Work of Teaching and Teacher Education: Preparing and Supporting Practitioners,” describes morality as a fundamental part of the teaching profession. 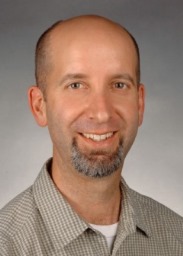 “The most common set of motivations or reasons why teachers become teachers are fundamentally moral in nature. If you ask teachers, ‘Why are you going to be a teacher?’ it’s consistently altruistic,” said Sanger.

The topic of morality in education might conjure thoughts of days in kindergarten. Kids learn they are not islands, and are introduced to the rules of reciprocity. In education, it is clear that the lessons of morality do not end in kindergarten, high school or even college. Wherever there is new content to learn, it is necessary to also learn how to integrate it into the surrounding social structure.

As children grow, school provides them with a scale model of society. In school, students learn what is appropriate, acceptable and expected in how they behave. They also learn that those expectations ebb and flow with changes in audience and environment. These teachings are an integral part of education even at a college level. However, the topic is not commonly addressed. It exists in the education system, yet is seldom acknowledged. That, in part, is the reason for Sanger’s book.

“It doesn’t matter if you place value on moral education… If you’re a teacher in a class, you’re engaged in it,” said Sanger.

Acknowledging morality in education allows educators to be more intentional, proactive and aware of the moral messages that are part of their teaching style and content. Sanger has been interested in the topic of how to handle morality in education for quite some time. He has focused much of his career, including his graduate work at the University of Michigan, on understanding the topic and its current state of awareness.

With his new book, Sanger adds to what he describes as a very thin literature on the subject. Although the issue of morality in teaching garners little attention, this book is a step in the right direction.

“We can’t avoid it, so let’s be intentional about it and do it well,” he said.