Idaho State University's 40th anniversary of the annual Frank Church Symposium running March 2-4 in the Pond Student Union will be on the theme of "Life Beyond the Border: Canada, U.S., and Mexico."

Tony Payan, will deliver the keynote address "Community in Crisis: How a City Destroyed Itself" on March 2 at 7:30 p.m. 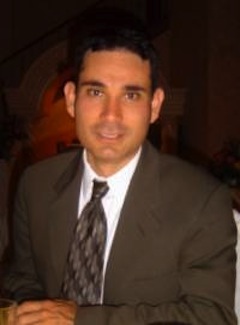 Payan is an associate professor of political science at the University of Texas at El Paso.  He received his bachelor's in philosophy and classical languages from the University of Dallas and his master's degree from the Graduate School of Management in Dallas, Texas.  He later earned his doctorate from Georgetown University in Washington, D.C.

Payan is the author of two books, "Cops, Soldiers and Diplomats: Explaining Agency Behavior in the War on Drugs" and "The Three U.S.-Mexico Border Wars: Drugs, Immigration and Homeland Security."  He focuses his writing and studying on international relations of border environments, governability on border regions, foreign policy attitudes on the border, and US foreign policy at its borders.

The International Affairs Council, an Idaho State University student organization funded by the Associated Students of ISU, will host the symposium.

The symposium, which is free and open to the public, will be held in the Pond Student Union Salmon River Suites. Below is the schedule:

– 7:30 p.m., Keynote address, given by Tony Payan, titled "Community in Crisis: How a City Destroyed Itself"

For more information on the symposium contact the ISU International Studies Office at 208-282-3043 or visit the International Affairs Council website at http://www.isuiac.blogspot.com/. The website with be updated with scheduling updates, biographies on speakers and participants, and the list of sponsors.