Idaho State University English professor Jessica Winston has been awarded a $50,400 fellowship from the National Endowment for the Humanities for the 2011-12 academic year.

The NEH received more than 1,400 fellowship applications and awarded 99, a funding rate of 7 percent. 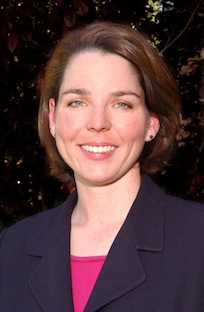 "I was startled because it's an incredibly competitive competition," Winston said. "Winning this award is an acknowledgement of the potential I have and is good for the University by bringing recognition and status to the University itself."

Through this award, Winston will complete her book titled, "Lawyers at Play: Literary and Political Culture of the Inns of Court in the 1560s." The book focuses on the Inns of Court in mid 16th-century England where many members helped to create a large literary circle and political network. Winston examines how members of the inns used their writing to foster their political thinking and involvement. She also examines how the members created a political community that had the authority to challenge or support the institutions of central government.

Winston plans to complete her book by the summer of 2012 and seek publication. Prior to this award, Winston also received a grant from the Idaho Humanities Council in 2009 which was "instrumental in developing qualifications for research," she said.

She had applied for the NEH fellowship in 2009 and was not funded. However, positive feedback and comments for revisions helped Winston to focus on her project and develop a clear plan to resubmit in 2011.

"I paid close attention to suggestions and made all the necessary revisions," said Winston. "The awards are always announced in December, so it felt like Christmas."

For more information about the National Endowment for the Humanities visit www.neh.gov.