Idaho State University associate professor of anatomy and anthropology Jeff Meldrum was interviewed about his sasquatch research this fall by a producer of NBC's "Today Show."

Meldrum's interview is slated to air Tuesday, Dec. 15, as part of a story on cryptozoology, the study of hidden animals, recognizing the public’s heightened interests in rare, elusive and mysterious creatures. 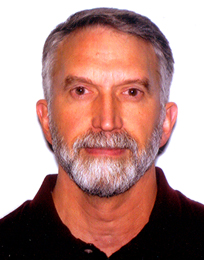 As a prominent researcher on the question of sasquatch's existence, Meldrum, author of  "Sasquatch: Legend Meets Science," was contacted to comment on the scientific evaluation of evidence of sasquatch, as compared with the activities of amateur "enthusiasts" interested in the subject.

The "Today Show" producer, Jennifer Long, asked questions such as "zoologically and evolutionarily speaking, could the animal people describe as Bigfoot exist in this day and age," "what is the most compelling evidence that sasquatch does or does not exist," and "what would be the implications of the discovery of Bigfoot."

The interview took place in Meldrum’s laboratory on the ISU campus, which houses one of the largest assemblage of hominid and reported sasquatch footprint casts. He also explained how the question of sasquatch, a supposed upright-walking giant ape, dovetails with his studies of the evolution of human adaptations for bipedal walking and running.

"My intent was to portray the science behind the legend, and point out the accumulating trace and physical evidence that a growing number of scholars and professional scientists are giving objective consideration, both publicly and privately," Meldrum said.