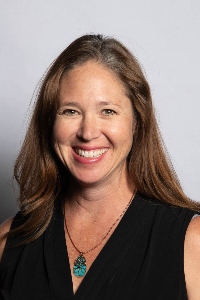 Tara is currently Chair, Professor, and Costume Designer for the Department of Theatre and Dance at Idaho State University. In addition to designing for ISU (Pippin, the Country Wife, Macbeth, Antigone) she has designed with Theatre by the Sea, First Folio Shakespeare Festival, The Retro, McLeod Summer Playhouse, Chicago’s Field Museum, and Statesville Haunted Prison’s Haunted House. Ms. Young has also enjoyed working within the Pocatello community on various art walks, fundraisers, and productions. She is a graduate of Southern Illinois University at Carbondale.

Vanessa Ballam has been performing professionally and teaching theatre around the country for the past twenty years. Vanessa currently serves as an Associate Professor, and Head of Acting in the Department of Theatre and Dance at Idaho State University and is the Education Director for Utah Festival Opera and Musical Theatre.  She also serves as the Director of Membership for StateraArts, a nonprofit organization working towards gender parity in the arts, and as a Vice-Chair for The Kennedy Center American College Theatre Festival - Region VII.  Vanessa has performed with companies around the country such as Theatre Under the Stars, PCPA Theatrefest, The Utah Shakespeare Festival, Pennsylvania Shakespeare, Anchorage Opera, Music Theatre West, Oregon Cabaret Theatre, Utah Festival Opera and Musical Theatre and Lyric Repertory Company.

Vanessa spent three years as a Resident Actor at the Pacific Conservatory of the Performing Arts in Santa Maria, CA where she oversaw the first-year acting program.  She has also served as a visiting Assistant Professor of Theatre at Utah State University.  Vanessa is the founding director of the annual Utah High School Musical Theatre Awards the Utah affiliate for the NHSMTA – Jimmy Awards, and the Utah Festival Conservatory of the Performing Arts.  A former Miss Utah, Vanessa was honored with the Bert Parks talent award at the Miss America Pageant.  Vanessa is married to Actor Stefan Espinosa and together they have two miraculous children.  She is a proud member of Actor’s Equity and received her M.F.A.in Acting from Indiana University, and her B.A. and B.F.A. from Utah State University.

Stefan has worked as a professional actor and educator for the last decade. Some of his favorite regional theatre credits include – Arizona Theatre Company, PCPA Theatrefest, Utah Festival Opera and Musical Theatre, and Old Lyric Repertory Theatre Company. Some of his favorite roles include Huck in Big River, Mordred in Camelot, Gayev in The Cherry Orchard, Richard in Richard III, Seymour in Little Shop of Horrors, and Pooh-Bah in The Mikado. Most recently he has taught Acting, Musical Theatre, Voice and Speech, and Stage Combat for the Utah Festival Conservatory of the Performing Arts – which he co-founded and currently runs. Stefan has a BFA in Musical Theatre from the University of Arizona, and an MFA in Acting from the University of Houston. 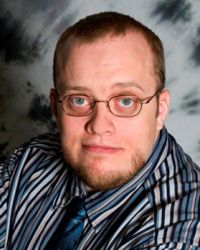 Chad is the resident Technical Director for the Theatre and Dance Department. Chad began his theatre studies at Central Washington University, where he received his BA in Theatre and then his MFA in Production Design from Southern Illinois University in Carbondale. Chad is now in his tenth year with the Theatre and Dance Department. His recent credits include Lost In Yonkers, Forever Plaid, Macbeth, The Importance of Being Earnest, Antigone, Oleanna, and Twelfth Night. During his career, Chad had the opportunity to work at the Glimmerglass Opera in New York on such productions as Dialogue of the Carmelties, Cavalleria Rusticana/Pagliacci, Orlando Palandino, and Little Women. At ISU, Chad serves as an Associate Professor teaching Stagecraft, Theatre Management and Appreciation of Drama. 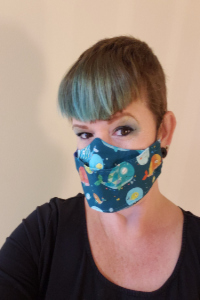 Ananda Keator earned her MFA from University of Texas at Austin in 2018. Previous to that her work had been seen in cities up and down the East Coast; including Miami, DC and New York City. During the last three summers she has been a Draper for the Colorado Shakespeare Festival. Some of her past favorites include "Elmer Gantry" for Signature Theatre in Arlington, Va, "Figure in the Distance" a new ballet piece choreographed by Tom Mattingly for Richmond Ballet and "Moonlight and Magnolias" for Actors Playhouse Theatre in Miami. Recent credits include "Romeo and Juliet", "As You Like It" and "Twelfth Night" for CSF. 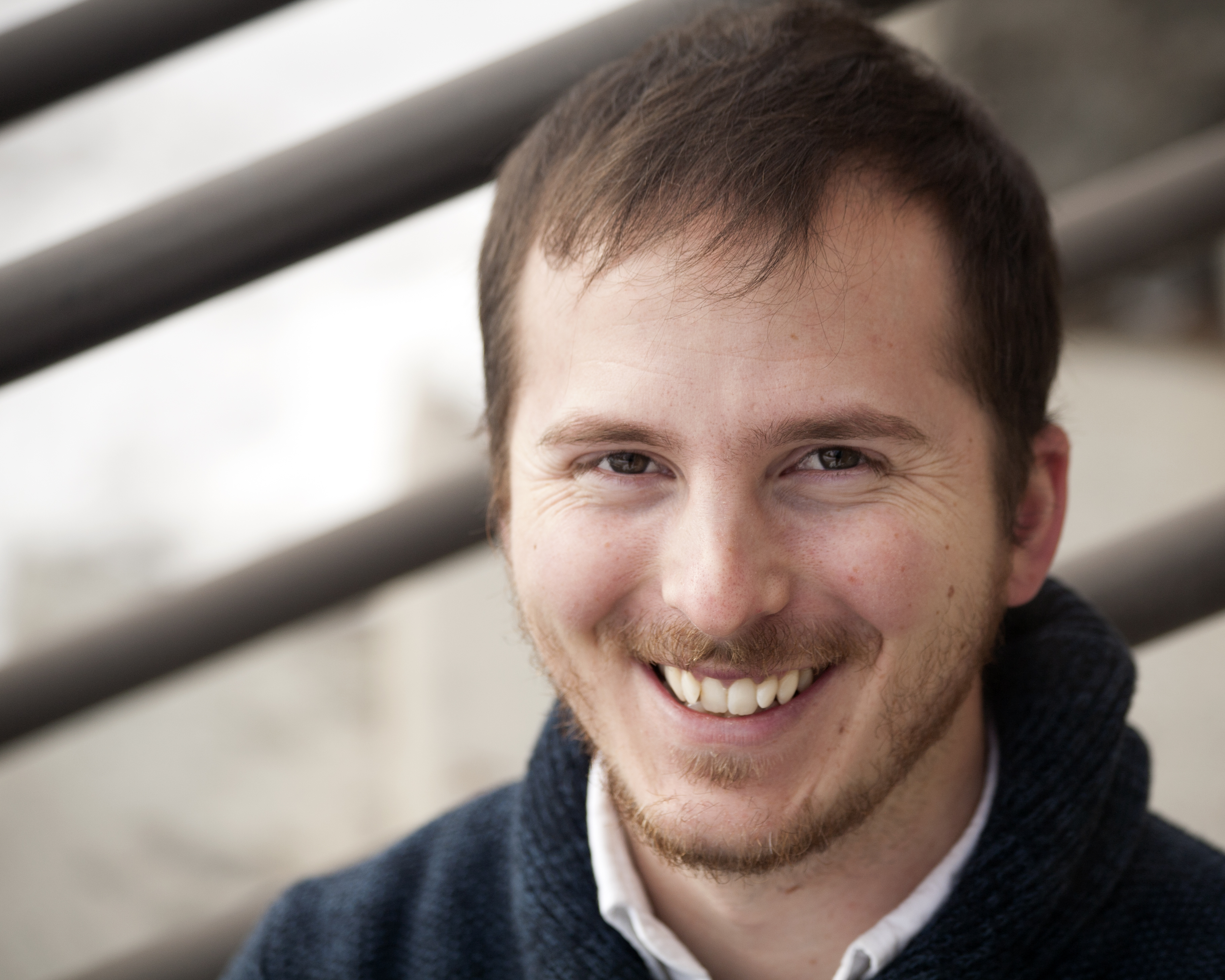 Joel Shura is the Head of Directing at Idaho State University. He received his MFA in Directing from the University of Montana in 2018 and his BA in Drama from the University of California: Irvine in 2010. After a brief stint working in Los Angeles as an actor/clown/improviser, Joel moved to Ukiah, California to teach theatre courses at Mendocino College and serve as the Resident Director and Youth Acting Teacher in the School of Performing Arts and Cultural Education (SPACE). Since then, Joel has worked professionally around the Pacific Northwest as a teacher and director in multiple theatres including the Montana Repertory Theatre, 6th Street Playhouse, Main Stage West, and Fort Peck Summer Theatre. At Idaho State University, Joel teaches courses in directing, improvisation, clowning, and script analysis. 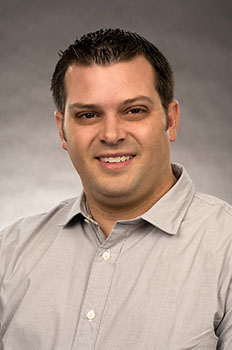 Paul Yeates is an Assistant Professor of Scenic & Lighting Design at Idaho State University. He received an MFA in Lighting Design from the University of Connecticut, as well as a BFA in Technical Theatre and Design and a BA in Journalism & Communications from Utah State University. He is a member of USITT, was invited to participate in the Hemsley Portfolio Review; the most prestigious review held for lighting designer graduate students, at the Lincoln Center in New York City and a past participant at KCACTF with his lighting design for The Glass Menagerie. Previous to his appointment at ISU he was Assistant Professor at Morehead State University in Kentucky for three years. Paul has worked around the country in various lighting and scenic design positions as both designer and assistant designer. Some of these include: Western Wyoming Community College, Lyric Repertory Company, Connecticut Repertory Theatre, The University of Montana Western, The Atlantic Theatre Company in New York, BYU Hawaii, Hartford Stage Company and the Tony award-winning Utah Shakespeare Festival. 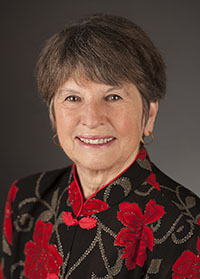 Dr. Marcia Lloyd is an Idaho dance educator and an accomplished writer for dance who travels the world sharing and teaching dance education. She has published many articles about dance education including “Pioneering dance education: Forging a pathway for the future” (in the book “Perspectives on Dance Education” in 2017). Her book “Creative dance: A manual for teaching all ages” was published in 2014 by the University of Malaya Press in Kuala Lumpur. She taught at ISU for 25 years before retiring in 2001. She taught many forms of dance, but specialized in creative dance. She created a dance minor at ISU that includes dance technique, theory and dance education courses. She was also a visiting professor of dance at several Malaysian universities from 1977 to 2015 and was a Fulbright professor of dance to the University of Malaya and Universiti Sains Malaysia in 1999. In 2017, Lloyd received the Lifetime Achievement Award from the National Dance Education Organization. 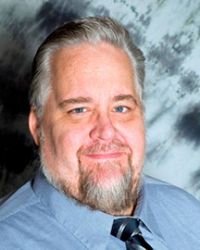 A native of northern Wisconsin, Norm began his theatre studies at the University of Wisconsin at Eau Claire, where he received his B.A. After a seven-year foray into “civilian life” in Los Angeles, Minnesota, and Ohio, Norm returned to graduate school at Bowling Green State University in Ohio where he completed his MA and Ph.D. Prior to joining ISU in 1999, Norm served eight years as a one-person theatre program at a small liberal arts college in Kansas. During his active ISU tenure, Norm directed a wide array of mainstage productions, and served as Department Chair and Director of Graduate Studies.