We are pleased to announce that Rhett Mullins, Clinical Psychology graduate student, has been awarded an Air Force Health Professions Scholarship. He is one of only 7 students nationally to receive this scholarship this year!  Congratulations!!!

Dr. Erin Rasmussen was recently elected president of the Association for Behavior Analysis International (ABAI). The organization has been the home for behavioral psychology since 1974 and has over 7,000 active members worldwide.  Dr. Rasmussen has been a member of ABAI since her first conference as a student in 1995. She served on the ABAI Science Board from 2012-2015 and served a term as the Associate Editor (2014-2019) for the organization's journal Perspectives on Behavior Science, helping to re-brand the journal and its mission (formerly called The Behavior Analyst). She was also a graduate student representative to ABAI's Executive Council from 1998-2001. Rasmussen will hold the position of president for a three-year term.  She is the youngest member to date to have been elected to serve this position.

Luis Rodriguez, Clinical Psychology graduate student, was recently awarded an external research grant by the Speech Pathology and Behavior Analysis Special Interest Group. The award will assist in funding his dissertation, which examines risk-taking (i.e., probability discounting) in speech in a stuttering population. Luis's research will be supervised by Dr. Erin Rasmussen and is a joint collaboration with Dr. Dan Hudock.

Experimental student Aimee Bozeman has been selected for the highly competitive Spinal Cord Injury Training Program (SCITP), at Ohio State University, this summer. The SCITP is a 2-week intensive training program with intensive labs, lectures, and group discussions, and is led by some of the world’s leading spinal cord injury scientists.

Clinical Ph.D. student Joy Lee won the poster competition at the Four Corners Association for Behavior Analysis conference March 2019. She presented a poster on monetary and food discounting across the academic semester.

Two faculty members from the Psychology Department were selected for Idaho State University awards for the 2018-19 school year. Dr. Nicki Aubuchon-Endsley was selected for the Outstanding Service award and Dr. Tera Letzring was selected for the Outstanding Research award. The service award recognizes faculty who have made significant contributions in service to the university and society. The research award recognizes faculty who exemplify excellence in research based on the significance of research, publications of research findings, evidence of extended development of a research area, and student mentorship. 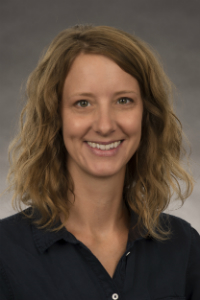 Psychology professor Dr. Erika Fulton has been selected as an expert reviewer for the Advisory Panel of the National Standards for High School Psychology Curricula, set by the American Psychological Association. She is one of two reviewers serving in the cognitive domain on a panel of 16 experts. Dr. Fulton is uniquely qualified for this appointment as she worked in K-12 education for 10 years before preparing to become a university professor.

Shelby Weber, a graduating senior psychology major (double majoring in Sociology) received notification that she was selected for a competitive research internship this summer funded by the National Institute of Drug Abuse (NIDA). She has been matched to work on a project in Chicago at Rush Medical Center interviewing inner-city women to assist on the TAP study- a study of trauma and chronic pain- funded by the National Institute of Health thru 2020. The NIDA summer internship is a two month fellowship with stipend and housing. It is a very competitive selection process. We are so pleased Shelby was selected for this opportunity! Shelby has elected to pursue a PhD in clinical psychology at ISU this fall. 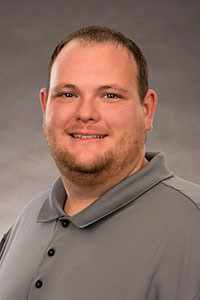 Doug hits the mark on all of the criteria for the Outstanding Graduate Student Award. Doug’s level of academic achievement is extremely high, as reflected in his cumulative GPA of 3.94 - which includes grades from challenging classes that have mostly been statistical courses or seminar-format courses. Doug has sought out additional, high quality, intensive career-related experiences to ensure he learned as much as possible during this phase of this career. Two of these experiences stand out as exceptional. First, he spent several weeks during the summer at the University of British Columbia to learn more about the statistical model we use to analyze our data from the person who developed the model. This visit resulted in a publication in a respected, peer-reviewed journal. The other experience was the 2-week intensive summer institute that Doug attended last summer. He was chosen from among 300 applicants for one of 77 spots, which was an honor and recognition of his academic success and potential. Doug’s involvement in conducting and disseminating research has been impressive: he has eight publications, seven manuscripts in preparation, and a multitude of conference presentations and posters. His research is conceptually and methodologically rigorous and timely. Furthermore, he is at the forefront of emerging changes in the Psychology to increase the reproducibility, transparency, and replicability of research findings. In addition to designing and conducting his own research projects, Doug has mentored undergraduate and junior graduate students on research projects, and he is an encouraging and talented mentor. Doug has worked with three undergraduate students to help them develop projects that have been presented at national, regional, and local conferences. Two students he mentored received research awards for the quality of the abstracts they submitted to regional conferences. Doug has independently instructed multiple courses at ISU at both the lower- and upper-division undergraduate levels, and is a fabulous teacher who cares deeply about his students and their learning. Overall, Doug is an excellent student, teacher, mentor, leader, and researcher, and is fully deserving of ISU’s Outstanding Graduate Student Award.

The ranking is based on the EPPP pass rate, length of the program, tuition (full time out of state), and licensure percentage. 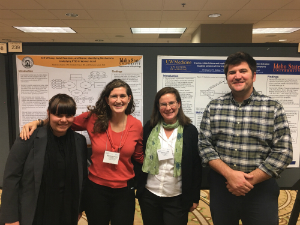 Joy Lee, a clinical PhD student in the Psychology Department has just been awarded a $10,000

Joy Lee, a clinical PhD student in the Psychology Department has just been awarded a $10,000 research grant from the Sidney W. and Janet R. Bijou Grant, which is offered through the Society for the Advancement of Behavior Analysis.  The grant supports doctoral research that combines behavior analysis and developmental science principles. Joy will use the money to fund her dissertation, which will be to test the extent to which food impulsivity changes across the lifespan, with special emphasis on the transition from childhood to puberty. Joy's mentor for the grant proposal and project is Dr. Erin Rasmussen.

Mona Xu was awarded ​an Outstanding Achievement Award by the Mountain West Clinical Translational Research - Infrastructure Network. The MW CTR-IN comprises 7 Mountain West states and 11 institutions, including ISU. Dr. Xu was recognized during their annual conference in May 2017 in Las Vegas.

Committee on Women in Psychology

Shannon Lynch, Psychology Professor, has been appointed to the Committee on Women in Psychology for a three-year term. The Committee on Women in Psychology is a standing committee of the American Psychological Association (http://www.apa.org/pi/women/committee/). It has six members. The committee collects information regarding the status on women in psychology and develops and informs policy recommendations that affect women's lives. The committee has produced a Changing Gender Composition in Psychology report and a resolution on Human Trafficking that have been approved and will be published this spring. An ongoing task is a project focused on sexual assaults on campuses and campus climate. Dr. Lynch attended the consolidated spring meetings for this committee assignment March 24-26 in Washington DC.

The Psychology Department congratulates our students who won recognition for their work presentations and posters at the ISU Graduate Research Symposium hosted by the Graduate School.