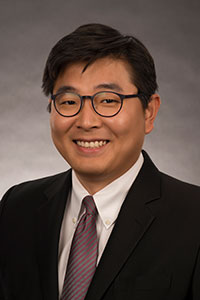 Dr. Ryu was the principal researcher for WaterAid’s comparative sanitation case studies of Malaysia, Singapore, and South Korea. The research serves to demonstrate that universal access to sanitation can be achieved within a single generation. A research that was much needed in light of the failing to meet the Millennium Development Goal on sanitation, which signaled a need to depart from the status quo. The research has been cited as a solution to Asia’s challenge on sanitation by the Asian Development Bank’s flagship report, the Asian Water Development Outlook 2016.

Dr. Ryu also brings professional experience of having worked at the World Bank headquarters in Washington, DC. His experiences involve being the researcher for the World Bank’s Public-Private Partnership Reference Guide 2.0 and Delivering Universal and Sustainable Water Services: Partnering with the Private Sector – Guidance Note. He is also the co-author of OECD Public-Private Partnerships: The Relevance of Budgeting publication, which was presented at the OECD Senior Budget Officials Meeting.

Interests in his research has often translated to invited talks, as he has been a special guest presenter at Asian Development Bank, Korea Environmental Institute, and Sungkyunkwan University’s Water Institute among others. In 2017, he will be speaking at the World Toilet Association to deliver a plan on how to tackle the global sanitation challenge.