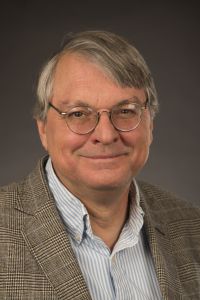 I began my career working in the history of analytic philosophy and logic. I was particularly interested in the theory of logic found in Russell’s and Wittgenstein’s work. Since then I have also developed an interest in Bertrand Russell’s theory of knowledge and the relation between science and philosophy. For the last twenty years I have also done research in early modern philosophy, particularly the rationalists of the seventeenth century. Mostly I have worked on the theories of ideas, perception and causation developed in this period, and again the relation between science and philosophy.

My main teaching areas are logic, theory of knowledge, philosophy of science, and early modern philosophy. Most of my teaching at Idaho State has been in introductory courses. In these courses we often find students who have never had any exposure to philosophy and are then quite taken by the richness of the field and the benefits that come with careful thinking.

I did my graduate work at Indiana University under Romane Clark. Nino Cocchiarella, Mike Dunn and Alberto Coffa were also members of my committee and people from which I learned a great deal. I taught at Wabash College in Indiana for five years before coming to Idaho State University in 1985. Since 1995 I have been director of the Philosophy Program here.

"Syllogism in the Port-Royal Logic." The Aftermath of Syllogism, Marco Sgarbo, ed. 2018.

“Sense Data and the Inference to Material Objects: The Epistemological Project in Problems and its Fate in Russell's Later Work." In Linksy and Wishon, eds. Acquaintance, Knowledge, and Logic: New Essays on Bertrand Russell's The Problems of Philosophy. Stanford: CSLI, 2015, 87-105.

“Port- Royal: The Stirrings of Modernity.” Handbook of the History of Logic Vol. II Mediaeval and Renaissance Logic, ed. Gabbay and Woods. Elsevier, 2008.

“Malebranche: The Senses, Representation and the Material World.” Perception and Reality: Descartes to the Present, Schumacher, ed. Paderborn: Mentis Verlag, 2004.

“Impossible Propositions and the Forms of Objects in Wittgenstein's Tractatus.” The Philosophical Quarterly, Vol 15, No. 179, April 1995.

“Russell's Theory of Meaning and Denotation and ‘On Denoting.’” Journal of the History of Philosophy, Vol. 31, No. 1, January 1993.

“Descartes, Leibniz and Berkeley on Whether We Can Dream Marks of the Waking State.” (with Jonathan Westphal), Studia Leibnitiana, Vol. 24, No. 2, 1992.

4470/5570: Symbolic Logic and Philosophy of Mathematics