A ribbon-cutting and dedication ceremony for the new operating console for Idaho State University’s research and training nuclear reactor was held on Oct. 20 as part of Nuclear Science Week activities at the University.

Video of the ceremony has be posted and is available for viewing on the Idaho State YouTube channel youtube.com/idahostateu.

“By upgrading to the new console, we now have a reactor on campus that is fundamentally good to go for another 50 years,” said Chad Pope, Department of Nuclear Engineering chair and professor.  “By getting this upgrade in place it really makes the ISU nuclear engineering program here for the long haul. The INL is not going anywhere and we are not going anywhere. We are built for the long term.”

Idaho State has been home to an Aerojet-General Nucleonics nuclear reactor, commonly known as AGN-201, since it was donated by the Idaho National Laboratory in 1965. AGN-201 is a low-power, 5 watts, reactor that is commonly used for both academic and industrial research/experiments, as well as for various testing and training purposes. It is located in the Nuclear Science Laboratory on the lower level of the Lillibridge Engineering Building.

Replacing the console was an approximately 15-year process that couldn’t have been completed without the dedication of Jay Kunze, ISU professor emeritus of nuclear engineering and former dean. Kunze is being honored at the event for his work on the reactor console and his overall dedication and service to the university. The new console, built and designed at ISU, will have a plaque on it recognizing him.

“Jay Kunze has really been the driving force behind getting this project to completion,” said Mary Lou Dunzik-Gougar, associate dean of the College of Science and Engineering, associate nuclear engineering professor and current reactor administrator. “It takes time and persistence to get this type of project completed and that is what he provided. He just kept it going, found students and faculty to get involved and engineering professionals to volunteer their help. He just never gave up. This is an example of the many things he has done to support the university, the college and, specifically, the nuclear program over the years.”

Pope noted the upgrade to the console was the work of many individuals over a very lengthy period of time and credited all who worked on it.

“A lot of skilled and talented people participated, but it was really the determination of Jay Kunze that saw it to completion,” Pope said. “It is just that simple, and that is why it is so important to recognize his leadership in seeing this task to completion and the significance it has for the ISU nuclear engineering program going forward for decades to come.”

During Nuclear Science Week, running Oct. 18-24, the Department of Nuclear Engineering is also recognizing Dunzik-Gougar, who is serving as national American Nuclear Society president. In addition, ISU is honoring the late professor and department chair Michael Lineberry, who also had a 38-year career at Argonne National Laboratory as a senior nuclear engineer and division director.  He died in 2014 at the age of 67.

“He was our department chair in nuclear engineering but was a long-time proponent and supporter of education before coming to academia,” Dunzik-Gougar said. “He retired from Argonne National Lab and came full time to the university. He really helped build the foundation for the department that exists today so we want to honor him posthumously.” 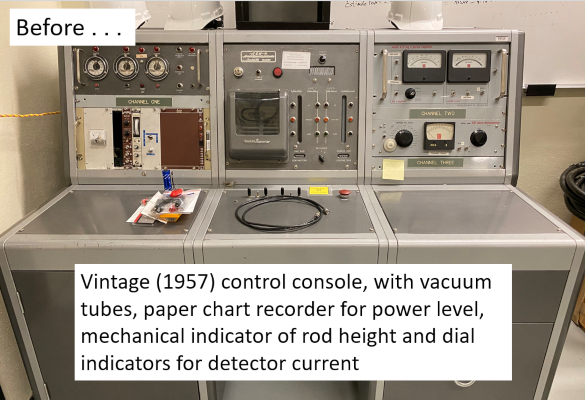 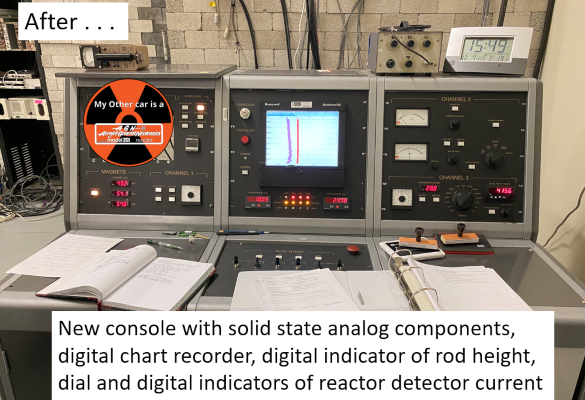