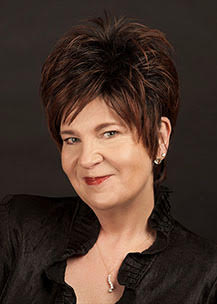 Professor Kathleen Lane joined the Idaho State University voice faculty in 1993, after teaching singing for five years at the Yale University School of Drama, where her studio included award-winning actors Paul Giamatti and Liev Schreiber. She currently serves in the Department of Music as Vocal Coordinator and head of Opera ISU, while appearing as a singer and actress throughout the region and maintaining a busy and successful vocal studio. Last January, she was featured in the title role of Gian-Carlo Menotti’s opera The Medium at Old Town Actors Studio here in Pocatello. Also well known as a choral conductor, Prof. Lane founded the ISU Women’s Choir and directed it over two decades. This fall, she served as the guest clinician and conductor for the annual District VI Choral Festival in Ashton.

As general director of Opera ISU since 1996, Prof. Lane has mounted major productions ranging from Johann Strauss and Franz Lehar to Mozart and Puccini. She collaborated with Theatre ISU in 2016 as music director for Frank Loesser’s popular musical Guys and Dolls. Spring 2018 will feature a full production of Ned Rorem’s 2006 opera Our Town.

Foremost a dedicated teacher, she offers clinics and master classes throughout the Northwest, presenting in 2015 and 2017 at the biennial conference of the National Association for Music Educators, Northwest Region. Since 2015, she has appeared as a lecturer at the summer Utah Festival Opera Music Theater in Logan.

Throughout Prof. Lane’s entire university career, she has maintained a commitment to youth outreach. Even while teaching graduate students at Yale, she spent summers as the music teacher and assistant director of a large Connecticut day camp with students aged 6-15. During her tenure in Idaho, she has taught voice and opera workshop to middle- and high-school students at the Sun Valley Summer Symphony Youth Program; in 2013, she founded the youth opera workshop at the annual Star Valley Junior Music Festival outside Jackson, Wyoming. For the past two decades, her Opera ISU Outreach Program has brought thousands of Idaho students to her productions at ISU, and has exported ISU Opera Workshop on tour to area schools.

Professor Lane earned her Bachelor of Music Education degree at the University of Montana, followed by post-graduate studies in choral conducting at Portland State University. After winning the 1986 district Metropolitan Opera Auditions, the mezzo-soprano was recruited into the Yale University Opera Program, where she earned her Master of Music degree in 1988, along with the Yale School of Music Alumni Prize.