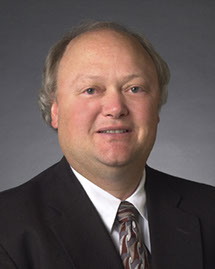 Dr. Earles has won several awards for his compositions, and many of his creative projects have been published or recorded commercially. His transcription for concert band of Stravinsky's Firebird Suite was recorded on compact disc by Frederick Fennell and the Tokyo Kosei Wind Orchestra, and published by Ludwig Music. Recently he completed commissions for the Twin Falls Municipal Band, and for the piano duo of Mark Neiwirth and Jeanne Green-Sherman. His Bluebrass Music was performed by the Portneuf Brass for the presidential investiture gala concert for ISU President Arthur Vailas, and his Oklahoma Elegy was performed by the Magic Valley Symphony. In Summer 2013 his choral composition, Sing the World Together, was used once again as the grand finale for the Idaho International Choral Festival, where it was sung jointly by nine choirs from eight countries on four continents. His band composition, Idaho Celebration, was commissioned by the State Department of Education and was performed by many Idaho high schools bands. His new composition, Five Metric Dances, was given its premiere performance in February 2013 by the ISU Wind Ensemble.