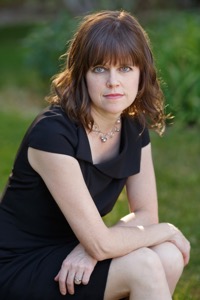 Dr. Kori Bond is Professor of Piano at Idaho State University, where she coordinates the piano program, teaches piano and related courses, and directs the Preparatory Piano Program. She holds a Doctor of Musical Arts degree from Indiana University in Piano Performance, a Master of Music in Piano Performance and Pedagogy from Northern Illinois University, and Bachelors degrees in Music, Biology, and Religion from Walla Walla University. She began her piano studies at age 6 with Florence Brinton in Salt Lake City and her other primary piano teachers were Edward Auer, Donald Walker, and Leonard Richter. She also studied chamber music extensively with Gyorgy Sebok, Leonard Hokanson, members of the Vermeer Quartet, and faculty at the Sarasota Music Festival, where she studied for two summers.

Bond has performed in numerous states as a solo and collaborative artist and as a soloist with orchestra. She frequently appears in concert with pianist Karlyn Bond and with other colleagues at ISU. She has also performed with numerous internationally esteemed artists such as sopranos Caroline Worra and Diane Ragains, violinist Corey Cerovsek, flutist Christina Jennings, and violist Roland Glassl, along with many others. Recent performances include recitals at the Summer Festival at Indiana University, the University of Montana, Boise State University, Westminster College of Salt Lake City, the College of Idaho, Brigham Young University, Walla Walla University, Brigham Young University-Idaho, and recitals on the Temple Square Concert Series in Salt Lake City. Recent concerto performances include Prokofiev’s Concerto No. 3 and Nights in the Garden of Spain, by Manuel de Falla with the Idaho State Civic Symphony, and Mozart’s Concerto No. 27 with the Idaho Falls Symphony Orchestra. Every summer, she directs the ISU Summer Piano Institute, and has also been a guest artist at the Sierra Music Festival in Mammoth Lakes, California, and a guest faculty member at the Edward Auer Piano Festival at Indiana University. This school year she will be featured performing solo recitals in several venues, including the “Stars of Steinway Series” in Boise, and the University of Wyoming.

In 2007, Bond released her first CD of the Complete 24 Preludes and Fugues of Dmitri Shostakovich, published by Centaur Records. Her playing on this recording has been acclaimed as featuring the “technique to play Shostakovich’s sometimes knotty piano writing without dropping a note, but she also plays with immense musicality” (Allmusic). Her second CD, featuring songs by Howard Boatwright performed with soprano Diana Livingston Friedley, has just been released, also by Centaur Records.

While a student, Kori Bond was a prizewinner in numerous regional and national competitions. She is now a frequent adjudicator and clinician throughout the West. Her students have been prizewinners at the state and division levels of the MTNA competition and winners of numerous other local and state competitions, including the Federation of Music Clubs Collegiate Competition and the Musicians West competition.