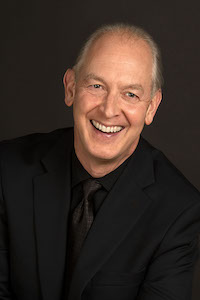 Dr. Friedley teaches voice, class voice, music history, music appreciation, and First Roar for first-year students. Previously he held faculty positions at California State University, Fresno, and Drew University. He also served as Director of the Rutgers Community Music Program, where he managed a faculty of 45 and a student body of 450. His versatility is demonstrated by his education. He holds bachelor's degrees in both English and trombone performance, master's degrees in both musicology and vocal performance, and a doctorate in vocal performance with a secondary emphasis in music history.

Dr. Friedley has considerable experience as a tenor soloist. He has sung the tenor solo parts in dozens of oratorios in New Jersey, California and Idaho, and given numerous solo recitals. His operatic credits include roles in Mozart's Don Giovanni, Puccini's La Bohéme, Johann Strauss Jr.'s Die Fledermaus, and Cavalli's L'Egisto. He served as Music Director for the ISU production of Man of La Mancha for the grand opening of the L.E. & Thelma E. Stephens Performing Arts Center in 2004. He has since directed music and conducted for numerous productions in ISU Theatre-Dance as well for ISU summer musicals since 2014.