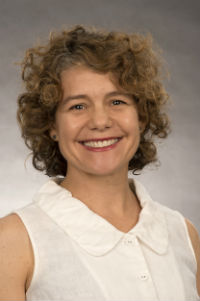 My current project emphasizes the role of fantasy in systems that transport and de-humanize their subjects. More specifically, I use the lyric to study coerced or violent displacement—from the flooding in the development of the Tennessee Valley Authority in the 1930s, to extraordinary rendition by the CIA, to child trafficking—and an understanding of systemic exploitation informs my approach to this topic. Appalachia figures prominently in the manuscript-in-progress as a case study of oppressive systems’ mechanisms.

I think the lyric, in particular, is well-suited for such destabilizations because systems that call attention to themselves, such as patterns of rhythm and sound, compose this form. Since the lyric spotlights its own machinery, it is able to interrogate the systemic.

This project grows out of issues explored in my completed poetry manuscript “Welcome to Kingdom City,” which has most recently been a semi-finalist for the 2017 Brittingham and Pollak Prizes, the 2016 Pleiades Editors’ Prize, and the 2015 Lexi Rudnitsky First Book Prize. For the poem series that anchors the manuscript, I use a derelict private game park, Ligertown, that ran in the 1990s in southeastern Idaho to explore humans’ contradictory response to fierce creatures and how their muteness (relative to human speech) enables such different reactions. Other poems examine isolation and imprisonment in other forms.