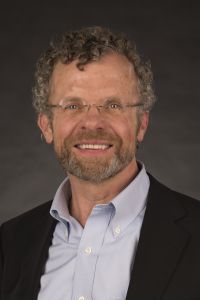 My primary specialty is Eighteenth-century British literature. I enjoy the poetry of Pope, Johnson’s Rambler essays and Boswell’s Life of Johnson, Hogarth’s prints, eighteenth-century typography, the history of manners, and the history of medicine. Beyond the eighteenth century, I enjoy literature in translation, particularly Japanese and Russian; the study of writing technologies, especially calligraphy, letterpress, and the history of the book; and film studies, with an emphasis on film history.

My interest in the study of writing technologies has led to studying eighteenth-century books at the Library of Congress in Washington, D.C. as part of Rare Book School; to a residence at Chawton House Library in England as a Research Fellow where I lived in the Old Stables and taught  myself to “forge” Jane Austen’s handwriting; to teaching students to write with dip-pens and quills; to developing the VisCom Experimental Print Lab in collaboration with Paula Jull from the Department of Communication, Media and Persuasion where students can work with traditional hand-crank letterpresses; to being a founding board member of the Pinyon Jay Press;  and to establishing at Oboler Library the Samuel Johnson and his Circle collection of rare books and prints housed in Special Collections. Each semester I have my students, from first-year to graduates, work with this collection, particularly the rare prints. Among these prints are William Hogarth’s Marriage a la Mode (1745), a current focus of my research into the history of medicine.

In addition to developing the Samuel Johnson and his Circle Rare Book Collection, I helped create the interdisciplinary Film Studies Minor that is housed in the Department of English and Philosophy. My main interest is in film history, particularly film noir. I am excited at the forthcoming development and expansion of this program.

I am delighted to work with graduate students on eighteenth-century topics. That said, I have directed a wide range of Master Theses, Doctoral Papers, and PhD Dissertations, over such authors as Shakespeare, Sterne, Austen, Emily Bronte, Hawthorne, Chopin, H.H. Brackenridge and Philip Freneau, and the Japanese writer, Koda Rohan; on subjects such as the Ballets Russes’ 1912 production of Daphnis and Chloe, Humanist Pedagogy, the rhetoric of medical case studies, and using eighteenth-century poetry in first-year composition classes; I have also directed MA creative theses in poetry, short fiction, creative non-fiction (memoir), and a graphic novel.

“To What Shall I Compare this Life?” An essay listed in “Notable Essays and Literary Nonfiction of 2014,” Best American Essays 2015. Editor Robert Atwan

“Wasted Days and Wasted Nights: Sleeping and Waking in the Eighteenth-Century” In Lifestyle and Medicine in the Enlightenment. Routledge. (August 2020)

All levels of Composition