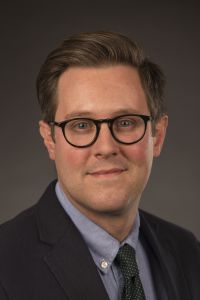 My research and teaching focus on twentieth-century literature and culture, with emphases in modernism, theories of the novel, literary genres, popular print culture, and comics studies. I am broadly interested in connections between the avant-garde and the popular, and my work often features genre fictions, comics, and periodicals that explicitly or implicitly blur the lines between popular and experimental form, asking how those works complicate our understanding of cultural capital, aesthetic value, and generic convention.

My first book, Violent Minds: Modernism and the Criminal (Cambridge University Press, 2019), constructs a genealogy of criminality in modernist fiction in England and America from the late nineteenth century to the 1950s, examining a range of modernist authors who explored new modes of psychological representation through the figure of the criminal, and who drew upon works of criminal anthropology and detective fiction in order to develop those representations.

I’m currently at work on two new book projects. The first, Time and Again: Modernism and the Form of the Series, explains how and why novel series have played an underappreciated yet pivotal role in shaping modernist aesthetics, and how experimentation with seriality allowed authors to manipulate their readers' experiences of narrative time, characterization, and plot, and to position their work within a media ecology saturated with serial forms. The second project, The New Old Style: Anachronism in Contemporary Comics (under advance contract, University of Nebraska Press, “Encapsulations: Critical Comics Studies” series), asks why so many recent cartoonists adopt the visual registers of the early twentieth century, producing work meant to appear much older than it actually is.

I also have an abiding interest in editing and academic journals; I am the Co-Editor, with Elizabeth Sheehan, of the Journal of Modern Periodical Studies (Penn State University Press), and I serve on the Advisory Committee for PMLA. In Spring 2022 I was in Poland at the University of Warsaw’s American Studies Center, where I served as the Fulbright Distinguished Chair in Humanities and Social Sciences.

“Modernism in Comics,” essay cluster for Modernism/modernity Print Plus (accepted).

“Seriality,” special issue of the Journal of Modern Periodical Studies 9.1 (2018).

6612: Introduction to Graduate Studies in English