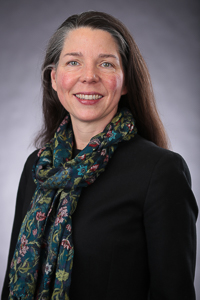 My expertise lies in early modern literature and culture (c. 1485-1642), with a specialization in early modern drama and allied expertise in poetry. My research aims to reframe critical understandings of Tudor literature, a period long neglected by scholars, who viewed it as “drab” as compared to a Shakespearean “golden age” (to use C.S. Lewis’s enduring terms). In the past decade, critics have sought to revive interest in this literature, showing that it contributed in significant ways to the period’s major cultural transformations. My first book, Lawyers at Play, advanced this work, examining how the the literary culture of the Inns of Court responded to and shaped transformations in the English legal profession in the 1560s. My new book project “Tudor Drama in Modern Performance, 1890–present” aims to further reframe Tudor studies by showing how modern productions have reinforced older critical notions of Tudor literature, even as they have demonstrated the plays’ continuing significance.

I teach courses in Shakespeare, early modern drama, and Renaissance literature, as well as lower-division, general education, and required major courses in writing and literary analysis.

Fellowship, National Endowment for the Humanities, 2011-12

Adaptations of Seneca in Renaissance Drama

Writing and Research about Literature

Writing and Rhetoric I