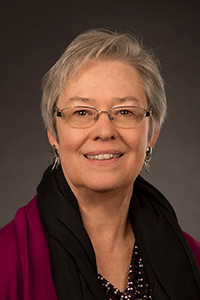 Having grown up in Idaho, I have always been fascinated with the peoples of the Western region, their many cultures and common history. Those interests led me to studies at Indiana University's Folklore Institute, and they have always guided my research and teaching. I am currently working on a research project exploring the historical and family legends told and written by the Swedish immigrants to the Western United States as narratives used to understand group origins and guide actions.

My previous projects have examined the meanings and functions of Scandinavian-American holidays (Pole Raising and Speech Making), vernacular writing of immigrants (Up in the Rocky Mountains) and horizontal timber construction (Building with Logs).

I served during 2011 as the Fulbright Distinguished Chair in American Studies at Uppsala University and was also a Fulbright Senior Scholar in 1998 at University of Gothenburg. In 2016, I received the ISU Distinguished Researcher Award and in 2014 the ISU Achievement Award.

I joined the ISU Department of English and Philosophy in 1992 after having worked for many years at the Idaho State Historical Society. During my time with the historical society I completed Building Idaho: An Architectural History, which deals with both designed and vernacular architecture. The book won the Idaho Library Association Book Award for 1991 and a commendation from the American Association for State and Local History.

It has been my privilege to chair the Department of English and Philosophy from fall 2012 to spring 2018.

Up in the Rocky Mountains: Writing the Swedish Immigrant Experience. Minneapolis: University of Minnesota Press, 2007.