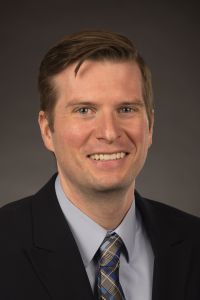 My research investigates the relationship between various literary forms and political ideologies in early and nineteenth-century American literature. My primary focus is the American novel before 1820, especially its publication and circulation history, its multiple points of connection to other genres, and its role in the class and partisan conflicts of the early national period. I have a secondary focus in abolitionist ideology and its influence on a variety of popular nineteenth-century subgenres, including African American autobiography and temperance narratives. My other main interests include critical theory, history of the book, race and empire studies, gender studies, and secondary English education. I am currently revising my book manuscript The Natural Aristocracy: The Early American Novelist as Intellectual for publication by an academic press. The first book-length study of the early American novel’s crucial role in the volatile class and partisan conflicts of the early national period, The Natural Aristocracy reads canonical and non-canonical novels in tandem with writings in other genres to illuminate the political and social conservatism of much early US literature.

My teaching investigates similar dynamics in early and nineteenth-century American literature, and my courses often problematize accepted traditions, ranging from literary canons, such as the American Renaissance, to social formations, such as industrial capitalism. I began my teaching career in 2006 as a high school English teacher. Since then, first as a graduate instructor at the University of Florida and now as a professor at Idaho State University, I have designed over twenty and taught over thirty undergraduate and graduate courses in literature, composition, and secondary education. I have tutored student athletes, sat on committees for M.A. and Ph.D. theses, and chaired Ph.D. dissertations. I am also committed to “teaching teachers,” and I have both mentored student teachers and taught courses in English pedagogy.

“Canonization and Its Discontents: Narrative of the Life in the Context of Douglass’s Intellectual Development" in Critical Insights: Frederick Douglass, edited by Jericho Williams. Ipswitch: Salem Press. Forthcoming Fall 2020.

“Rosa and the Role of Female Education in the Early Republic.” Just Teach One Web: January 2018. 900 words.

“All of the Didacticism, None of the Scandal: Questioning the Canon with The Factory Girl.” Common-Place: Just Teach One. Web: August 2014. 900 words.

ENGL 6625: Studies in a Literary Period: "Digital Archives and the Early American Novel"

ENGL 6621: Seminar in a Major Literary Genre: "American Novels Before 'The Novel'"

ENGL 4466/5566: Studies in Early Nineteenth-Century Literature: "The Writer as Activist"

ENGL 4465/5565: Studies in Eighteenth-Century Literature: "Origins of the American Novel"