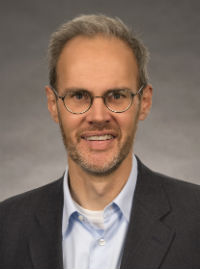 Curt Whitaker has taught Renaissance literature for the Department since his arrival in 2001. His research focuses on pre-industrial representations of nature--e.g., gardens, agriculture, water, medicinals--in seventeenth-century poetry, especially that of George Herbert and Andrew Marvell. He received ISU's Master Teacher Award in 2007 and 2015 and sits on the local boards of the Portneuf Valley Audubon Society and the Pinyon Jay Press.

"Baptisms and Burials: The Presence of the Prayer Book in Herbert's Nature Poetry," 2006, George Herbert Journal.

6625: Seminar in a Literary Period

3311: Writing and Research about Literature

1115: Literature and the Environment

Science and Religion in Literature