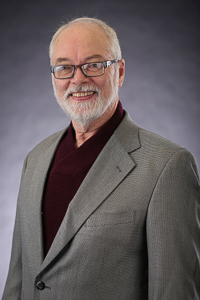 Professor of English; Editor, Journal of the Fantastic in Arts

My first scholarly publication was on Emily Dickinson, but I soon turned away from canonical topics. Since that first effort, I have written on fantasy, science fiction, Disney films, utopias, children’s literature, gender, and interdisciplinarity–all dodgy topics for one reason or another. My article on Henry Nash Smith, Leo Marx, and the theoretical basis for their pioneering work in American Studies appeared in American Quarterly in 1996. Collaborators Ursula K. Le Guin,  Karen Joy Fowler, and I edited the groundbreaking Norton Book of Science Fiction; I also wrote a teacher’s guide to the volume. In 1991 I received the Distinguished Scholarship Award from the International Conference on the Fantastic in the Arts and won the Mythopoeic Scholarship Award in Myth and Fantasy Studies a year later. I was named ISU’s Distinguished Researcher in 1997 and was given an award for Outstanding Achievement in the Humanities by the Idaho Humanities Council in 2004. In the fall of 2006 I took over as editor of the Journal of the Fantastic in the Arts, with graduate students in the ISU English Department serving as editorial assistants.

My most recent scholarly book, Stories about Stories: Fantasy and the Remaking of Myth again won the Mythopoeic Award for fantasy studies. Since 2016 I have been serving as editor of the Library of America's republication of the works of Ursula K. Le Guin From January through July of 2019 I was in Scotland as Leverhulme Visiting Professor of Fantasy at the University of Glasgow.

Mythopoeic Scholarship Award in Myth and Fantasy Studies for Stories about Stories, 2015.

4441/5541: History and Criticism of Children’s Literature

2277: Survey of American Literature I

1115: Literature of the Fantastic