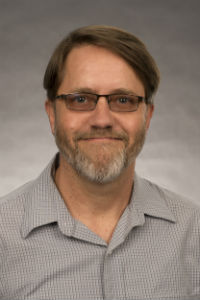 Professor of English- On Sabbatical Spring 2023

My expertise is in postcolonial literature and theory, with an emphasis on India, where I was raised. Like my colleagues, I teach a variety of other courses besides my specialty, such as postcolonial ecocriticism, history of the novel, religion and literature, major figures (Rushdie, Naipaul), , literary theory, comparative literature, national literatures, writing about literature, honors humanities, first year writing, and an honors  class on Hindi (Bollywood) film. In 2010 I was a Fulbright-Nehru lecturer in India, focusing on “globalization and the place of literature,” and I've traveled throughout India for research, conferences, and talks. My current project, for which I received a 2016-17 Fulbright-Nehru research award, is an interdisciplinary study of depictions of forests in Indian literature. My interdisciplinary interests have taken me to conferences around the U.S., such as ASLE and RMMLA, as well as to India, Sri Lanka, Singapore, the Philippines, England, France, and Canada, and to literary festivals in India. I currently serve as the university’s Fulbright Program Adviser.

Out of Bounds: Anglo-Indian Literature and the Geography of Displacement (Univ. of Hawai'i, 2011).

Family Plot (as A. G. Johnson), Vishwakarma Publishers, India. Mystery novelist Sujata Massey calls it “an accomplished” novel that “meld[s] the beauty and rich history of South India with a puzzling crime. I quickly fell under the spell of Johnson's elegant writing and innate understanding of local voices, history and hill station life.”

“Da Gama to Ghosh, and Points in Between: Littoral Forests and Cultures of Trade.” Journal of Southeast Asian Ecocriticism inaugural issue (Singapore), August 2021. 18-41.

Additional information, including some papers, CV, is available at Academia.edu and at alangjohnson.wordpress.com.