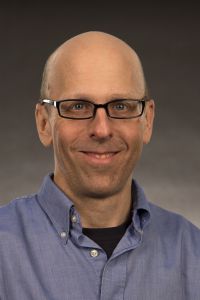 My main philosophical interests are in ethical theory, and in particular Kantian and utilitarian moral theory. In my dissertation I focused on Kantian theories and their inability to accommodate moral obligations toward non-human animals. I argued, and continue to argue, that their failure in this regard constitutes a serious theoretical problem. My interests are now gradually turning toward the project of developing and defending a plausible consequentialist theory (an approach that traditionally defines morally right action as action that maximizes overall, long-run value; utilitarianism is an example of such an approach). Since a crucial first step is to define consequentialism in a plausible way, my current work examines how, and how not, to do this. From here my goal is to contribute to the defense of such a theory. Since I believe there is little hope of doing so through conceptual analysis or argument a priori, my concern is to examine the extent to which a consequentialist theory can accommodate various considered judgments that are widely shared at the level of practice—in particular, features of our moral practice that appear to be thoroughly non-consequentialist in nature.

While these topics are the focus of my research, my teaching continues to be in many ways the most rewarding part of my job. I regularly teach lower-division courses in Introduction to Ethics, Introduction to Philosophy, and Bioethics. I also teach upper-division courses in Ethical Theory, Political Philosophy, and Philosophy of Law. When schedules permit, I enjoy teaching courses on special topics—recent examples include Philosophy of War and Terrorism and an Honors Seminar: Lying and Deception.