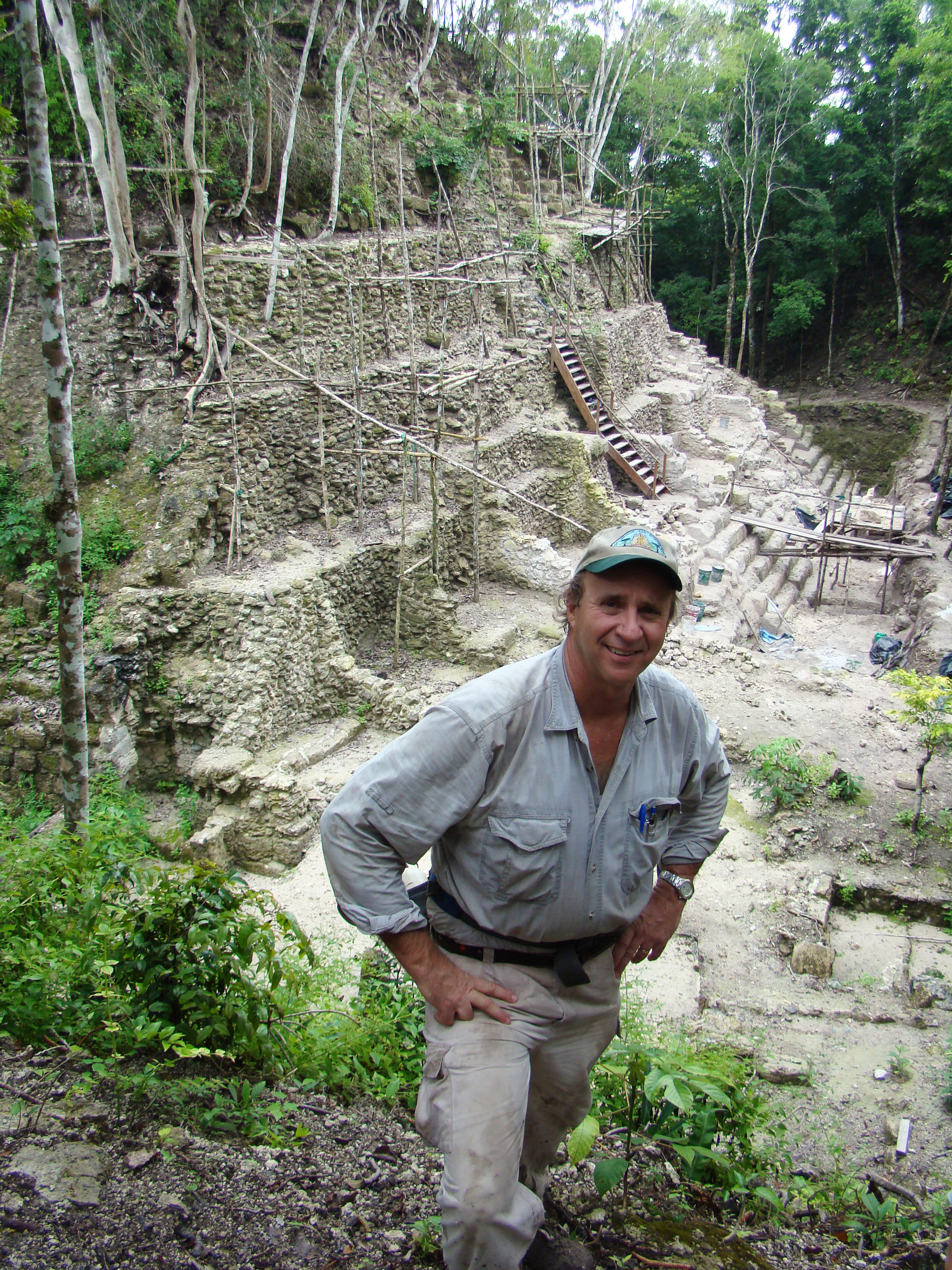 Dr. Richard D. Hansen is a specialist on the early Maya and is the Director of the Mirador Basin Project in northern Guatemala. He has been conducting archaeological research and scientific studies in northern Guatemala for 38 years. He is an Affiliate Research Professor at Idaho State University, after serving as an Adjunct Professor of
Anthropology at the University of Utah from 2014 to 2021. He was formerly Research Professor in the Department of Anthropology at Idaho State University for 8 years and was Senior Scientist at the Institute for Mesoamerican Research at ISU. Prior to that, he was Assistant Research Scientist (Level IV) at the UCLA Institute of Geophysics and Planetary Physics for 12 years. He is the founder and president of the Foundation for Anthropological Research and Environmental Studies (FARES), a non-profit scientific research institution based in Idaho. He graduated with a Ph.D. in Archaeology from UCLA in 1992 as a National Graduate Fellow, a Jacob Javits National Fellow, the UCLA Hortense Fishbaugh Memorial Scholar, the UCLA Distinguished Scholar (1988), a Fulbright Scholar (Guatemala) (1989-1990), the UCLA Outstanding Graduate Student (1991), and the UCLA Chancellor's Marshall with highest honors (1992). He previously held a double major B.S. degree (cum laude) in Spanish and Archaeology from Brigham Young University in 1978, and a M.S. degree in Anthropology in 1984. He has published 3 books (2 as series editor), and is the editor of three more volumes currently in preparation. In addition, he has published 196 papers and book chapters in scientific and popular publications and has presented more than 400 professional papers and technical reports in scientific formats and symposia throughout the world. He has conducted and/or directed archaeological research in Israel, the U.S. Great Basin, U.S. Southwest, and Central America.

Dr. Hansen was recently named as “one of 24 individuals that changed Latin America” by Bravo Association, Latin Trade Magazine, Dec. 2013). He was awarded the highest civilian award possible in Guatemala, the Gran Cruz of the Order of Quetzal on March 9, 2017 in the National Palace of Guatemala by President Jimmy Morales and Minister Jose Luis Chea and again, on the summit of Danta Pyramid at El Mirador a week later. He received the prestigious “Orden de la Monja Blanca) (highest civilian award possible) from the Ministry of Defense of Guatemala in November 2019. He was named the 2014 Kislak Lecturer at the U.S. Library of Congress, and was honored as the“Chevalier des Arts et des Lettres” of the “Ordre des Arts et Lettres” by the French Ministry of Culture in 2012. He was awarded the prestigious “Orden del Pop” by Francisco Marroquin University in Guatemala in 2012. He was awarded the highest Idaho State University Achievement Award 2009 and was named Environmentalist of the Year in Latin America 2008 by the 161,000 members of the Latin Trade Bravo Business Association. He was awarded the National Order of the Cultural Patrimony of Guatemala by Guatemalan President Oscar Berger in December 2005. He was the founder of the renowned Dialogue of Civilizations Conferences hosted by the National Geographic Society, with recent conferences in Guatemala, Turkey, and China and more scheduled for India and Egypt. Hansen was the co-founder of the Guatemala-China Association for Culture, Tourism and Sports based in Guatemala City. Hansen’s research in the remote rainforests of northern Guatemala currently involves scholars from dozens of universities and research institutions from throughout the world. As a project, his team has currently published 322 scientific papers, abstracts, and book chapters, and 1209 technical reports and scientific presentations, and his project has mapped and excavated in 51 ancient cities in the Mirador Basin.

Hansen’s studies have identified some of the largest and earliest ancient cities in Central America, and his work has been an important contribution to the developmental history of Maya civilization. His work and conservation programs have been crucial in the conservation and protection of 810,000 acres of tropical forest in Guatemala. He was the Co- organizer of the major Maya exhibit from June to October 2011 at the Quai Branly Museum in Paris, entitled Maya: From Dawn to Dusk. His work has recently been featured in 36 film documentaries, including National Geographic Specials, the Learning Channel, the Discovery Channel, Discovery Channel 3Net, ABC's 20/20, 60 Minutes Australia, ABC’s Good Morning America, ABC’s Primetime Live, CNN International Untold Stories, CNN Global Challenges, The History Channel, British Broadcasting Corporation (BBC) of London, Russia 1 Television, Alstom Foundation Films, Timeline Films (London), WGBH Television, Storybook Productions of Germany, Guatevison, and recent five episodes on Discovery Channel (“Expedition Unknown” and “After the Hunt”) (May-June 2018, Sept. 2019). He was the principal consultant for Mel Gibson’s movie, Apocalypto and CBS Survivor, Guatemala and participated with Morgan Freeman in “The Story of God”. Dr. Hansen and his wife, Jody, live with their children in Idaho and Guatemala.