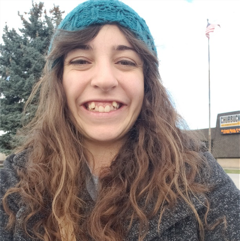 Gabrielle received her Bachelor of Arts in anthropology from Idaho State University in May 2016. Now a graduate student, she is currently working towards getting her Master of Science degree in anthropology, emphasis in archaeology. Her main area of interest is studying prehistoric Native American groups in the Pacific Northwest with a focus on lithic technology. Gabrielle hopes to move on and get a Ph.D. in anthropology after completing graduate school and wants to work with the public in some capacity, such as a government job or at a museum, to help better educate people about the past. 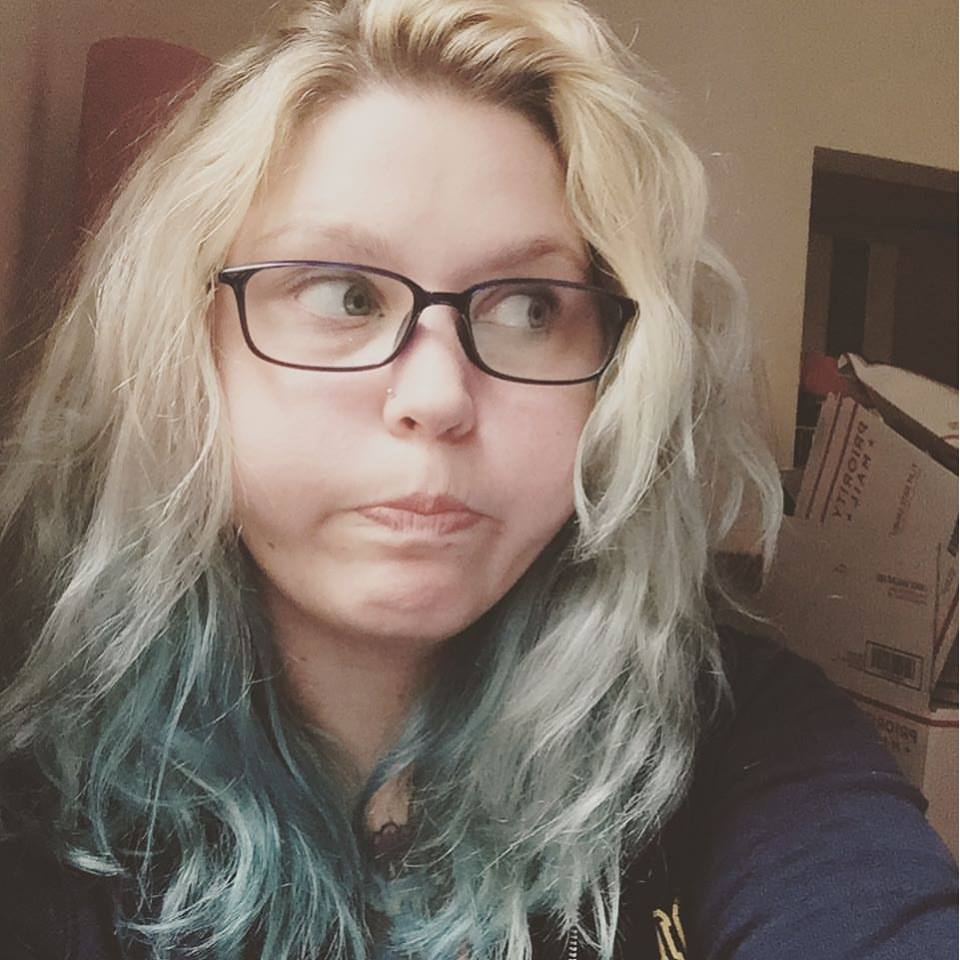 Originally from Detroit, Jaimie is a second-year graduate student in the Department of Anthropology at Idaho State University. Jaimie has achieved two undergraduate degrees in Social Science and Investigative Forensics in 2015 and 2017, respectively, from the University of Maryland University College. Jaimie's bioarchaeology thesis is an exploratory analysis of a catacomb dental calculus sample from Italy dated the 4th-6th century. Jaimie's research interests are generally all over the place but tend to focus on the biological side of anthropology, concentrating on paleopathology. "Diseases are just so cool!"

Ethan is interested in many aspects of anthropology, but most specifically archaeology. His research focus is the archaeology of the Snake River Plain in Idaho. He is mainly interested in lithic analysis, specifically of obsidian and its characteristics. He is trained in obsidian analysis using pXRF. He received his B.A. in Anthropology from Idaho State University in December of 2016. After completing his M.A. at Idaho State University he would like to obtain a Ph.D. in Archaeology/Anthropology and work for a university or the federal government as an archaeologist. 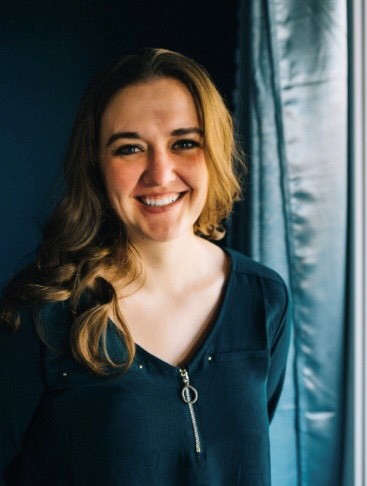 I received my Bachelor of Arts in Anthropology at ISU in December of 2018. Now I am a first-year graduate student working towards my Master of Science Degree. My interests vary but I gravitate more towards Bioanthropology. After working with the Anthropology department and the Idaho Museum of Natural History, I would love to work at a museum when I graduate. 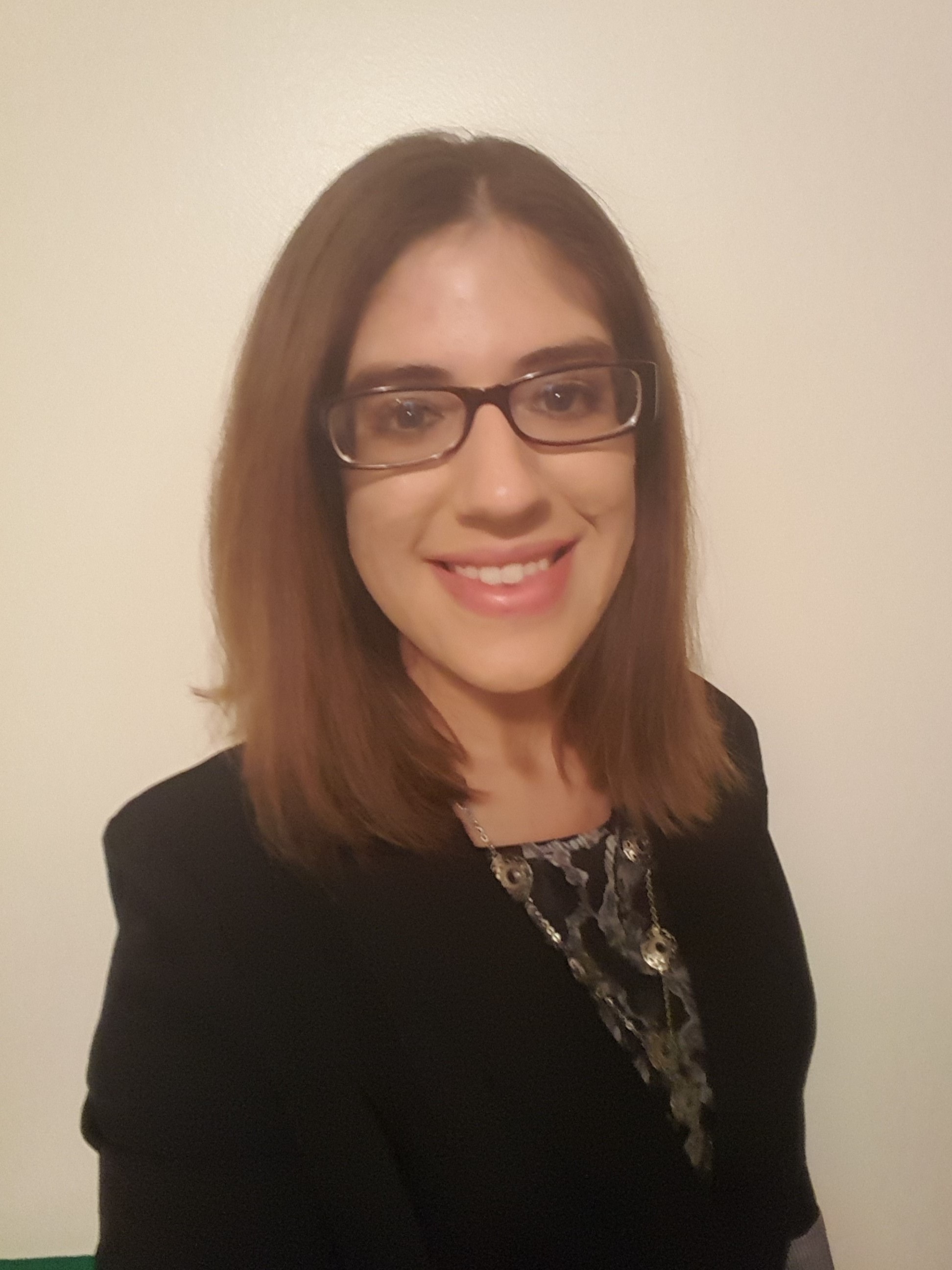 Hannah graduated with a Bachelor of Arts degree in 2017 and is now a first year graduate student aspiring to a Master of Science degree. Her emphasis is in biological anthropology with a specified interest in forensic anthropology. Within this field, Hannah is interested in ancestry estimation techniques with populations from Central and South America along with ancestry estimation techniques involving postcranial remains. Hannah has also completed a minor in biology to assist in her degree with anthropology. She hopes to one day bring a forensic anthropology program to the University of British Columbia in Canada or work alongside law enforcement in either a state or national capacity. 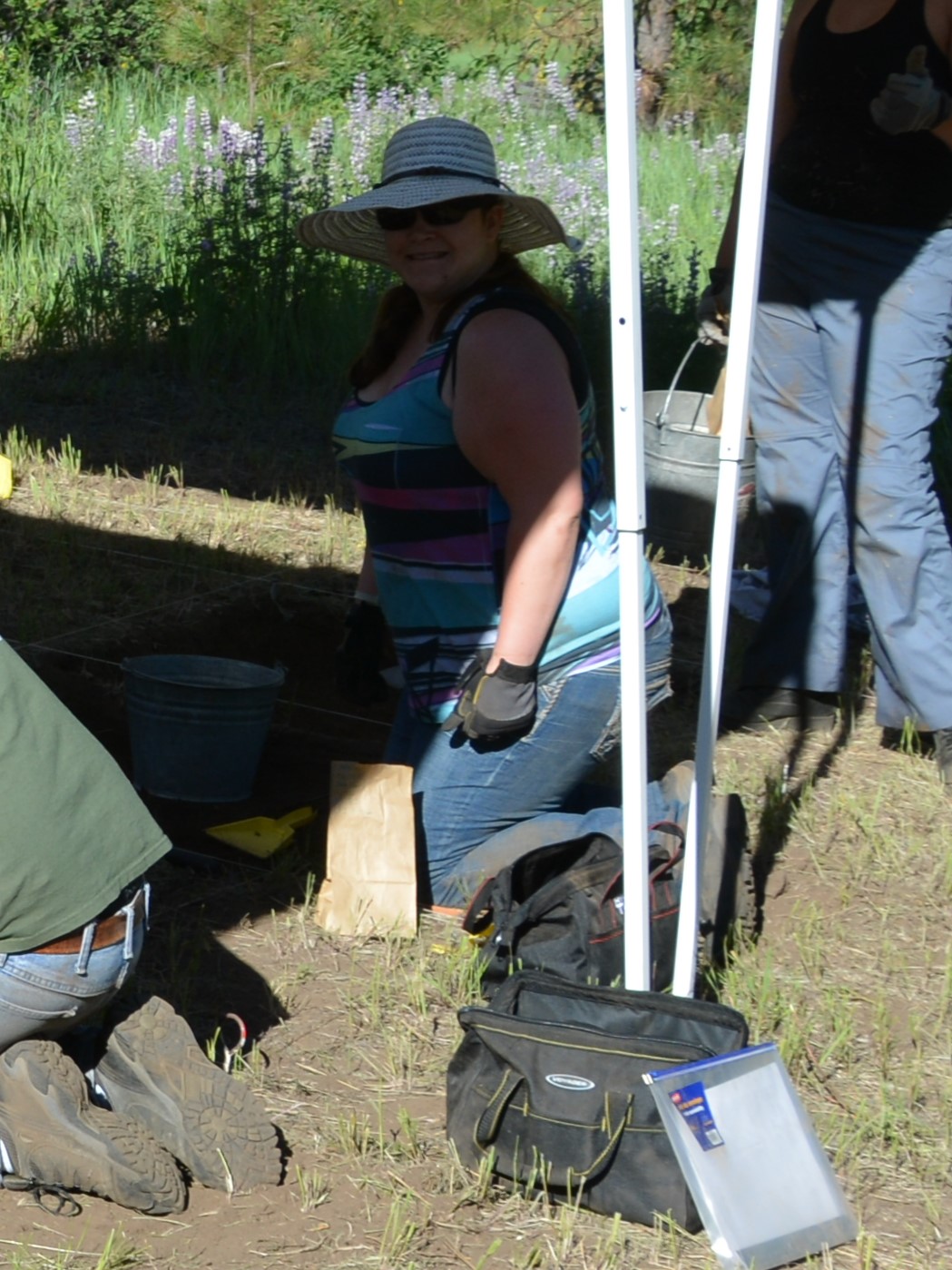 Shanda is a new graduate student who graduated with a Bachelor of Arts in Anthropology in Spring 2017. She is now going for her Master of Science in Anthropology with an emphasis on biological anthropology. Her current research focus is human osteology, more specifically, how culture interacts with the human skeleton. Her future plans include working in the field as a bioarchaeologist and eventually getting her Ph.D. in Anthropology. 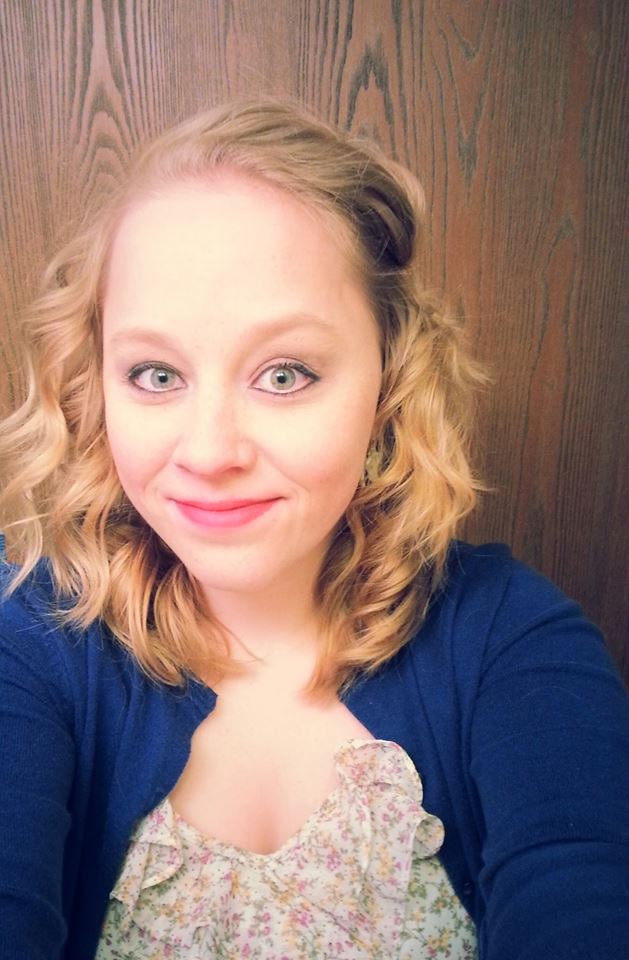 Originally from Wisconsin, Rebekah graduated in 2015 with her Bachelor of Science in Forensic Science from Marian University. She has interests in both laboratory and field work, enjoying a mix of chemistry, biology, and anthropology. Rebekah’s goals include working for a state or government agency, with particular interest in the Bureau of Land Management, US Forest Service, and the National Park Service. When not focusing on academics, Rebekah enjoys backpacking, board games, and cuddling with her two cats. 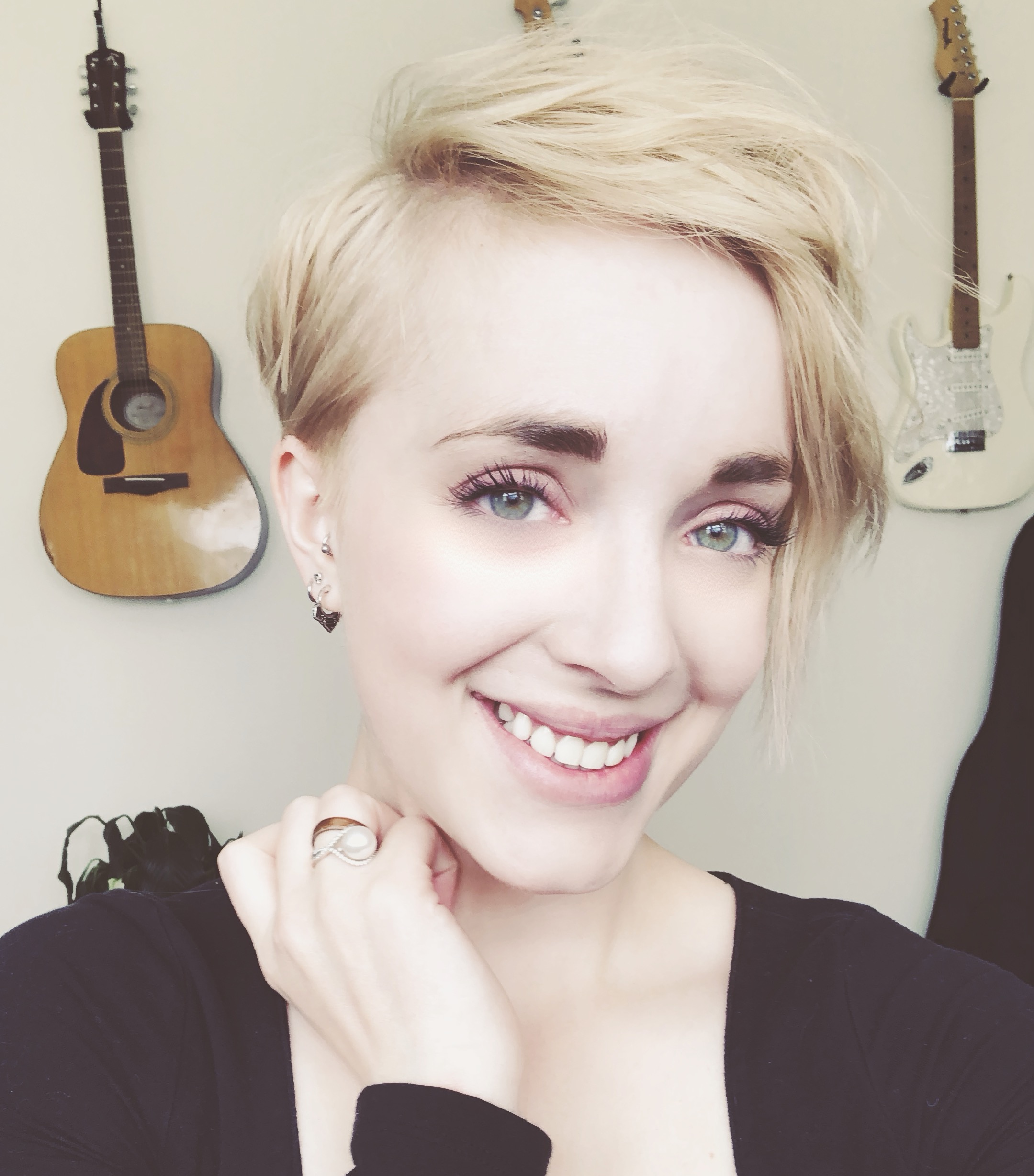 Wilson is in her first year as a graduate student, working toward a career in forensic anthropology. After being employed as a dental assistant for several years, she has developed a special interest in dental anthropology and, in addition to other traditional osteological methods, plans to focus her research on the uses of dentition in a forensic context. She plans on pursuing a PhD after completing her master’s degree and, eventually, working with law enforcement at a state or national level. When she is not studying, Wilson enjoys spending time with her husband, reading, and playing with her dogs. 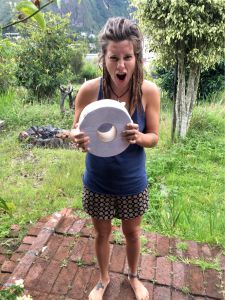 Kiley Heaps completed her undergraduate studies in Linguistic Anthropology at Idaho State University in May 2015. She is now working towards a dual master's degree in Anthropology and Geographic Information Systems. Her focus is directed towards public land and natural resources which includes studies in the environment, political structures and policies, and of course, people. 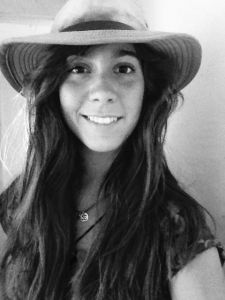 Jaime completed her undergraduate studies in Anthropology in May 2016. As a first year graduate student she is presently enjoying having an opportunity to work with undergraduate students in a classroom setting and online. Her Masters research will be focused in applied anthropology, particularly concerning the human relationship with the environment. She plans to complete a PhD in anthropology, and pursue a career as a professor and researcher. 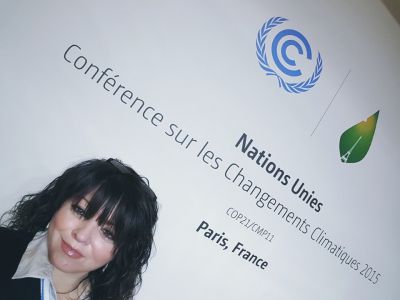 Julie’s interests develop from climate change, environmental policy, social psychology, sustainability discourse and justice augmentation. She accesses perspectives of worldview, memory, place and identity to answer questions about volunteerism, human security, and precarity, under the overarching theme of environment. Currently engaged in a research project in Sonoma County, California; Julie also worked as an intern with a grassroots action group working to build community resilience. She attended COP21 in Paris, France last December as a delegate with Observer status for the University Corporation for Atmospheric Research. Julie’s experience at COP21 and lessons learned there are detailed in an article published in the July 2016 issue of Practical Anthropology.

Ann received her B.A. in Anthropology from Idaho State University in May of 2012. Her primary interests are the preservation of historic/prehistoric cultural sites and educating others about the importance of preserving them, as well as making archaeological discoveries and information accessible to a wide audience. While she is still finding her niche, she's interested also in pottery for its techniques and as an art form. After completing her M.A. at Idaho State University she would like to obtain a Ph.D. in Archaeology/Anthropology and work for a museum, university, or the federal government as a BLM archaeologist. 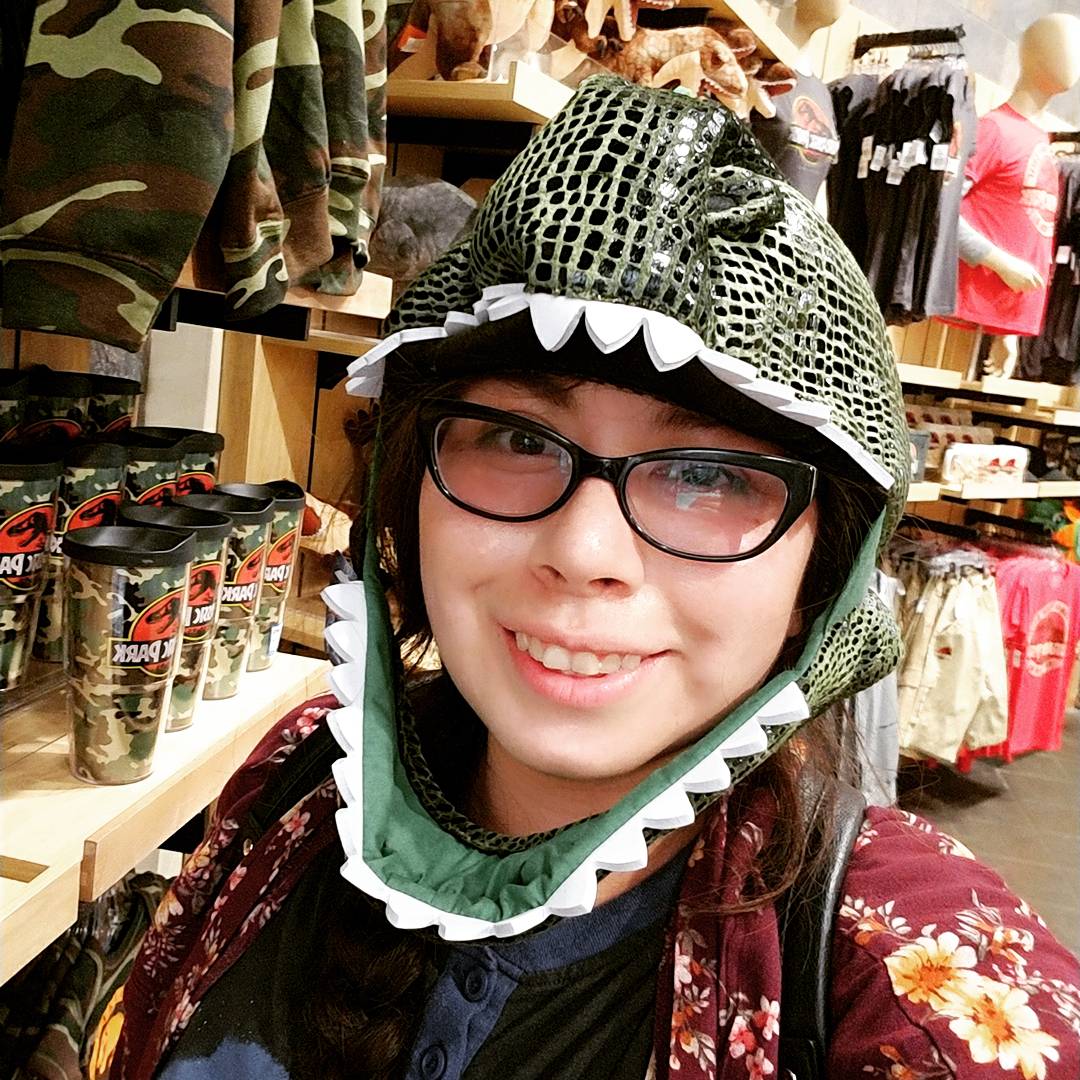 Lilian (Lily) Urrutia complete her undergraduate studies in Anthropology at Idaho State University in May 2015.  She is currently pursuing her master’s degree in Anthropology at Idaho State University with an emphasis in cultural anthropology. Her graduate thesis focuses on the relationship between people and technology; particularly the relationship between people and video games. Lilian’s research interests also include visual anthropology and popular culture studies. As a Latina student, Lilian, enjoys advocating diversity within anthropology, as well as bringing to light the continuing struggles of minority students in the field. After completing her MA, she hopes to continue researching her various interests in the field.